Following a successful launch of the Nexus 7 this year, many were expecting Google to follow suit and deliver a new Nexus 10 2 tablet for the holiday season. We’ve been following reports and rumors of a new Nexus 10, or possibly even a Nexus 8, but today the latter portion has been debunked, and something better could be coming.

Lately the talk has been around a Nexus 8 instead, as Google’s 10-inch variant didn’t do too well last year. With multiple leaks and rumors claiming LG, who makes the Nexus 5, will also manufacture a new Nexus 8 tablet for Google. The rumored LG-V510 is the product in question, and while some sources have confirmed it’s the next Nexus, new details today support the theory that we’ll be seeing Google Play edition tablets on the Play Store soon, just like the completely stock Galaxy S4 Google Play Edition and HTC One GPe available today. 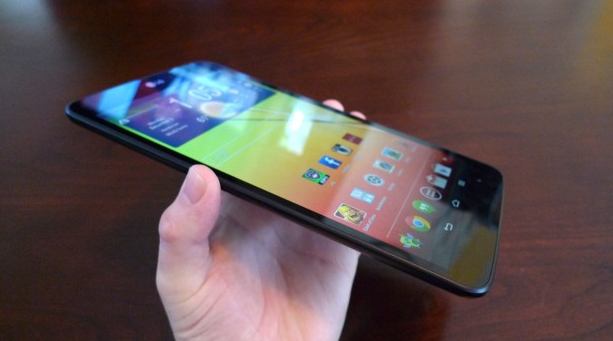 Manufacturers like Samsung, HTC, and LG cover stock Android as Google intends it with their own user interface skin, or as Samsung calls it, a user experience. HTC’s Sense UI is another example which has improved lately, but still makes Android look and feel much different than how Google imagined. As a result this year we finally saw the first Samsung Galaxy device with stock Android, and the same for HTC. Both offering their flagship smartphone for 2013 on the Google Play Store with absolutely stock Android.

Both the GPe Galaxy S4 and HTC One already have Android 4.4 KitKat, well ahead of the others on all carriers around the globe. It’s a great option for those who’d like stock Android, and if this lately report is accurate the same option could be coming to Android tablets. Rather than offer a new Nexus 8, Google may be preparing to offer the LG G Pad 8.3-inch tablet on the Play Store without LG’s interface changes. Running stock Android 4.4 KitKat, instead of the 4.2 Jelly Bean it ships with today.

According to a report by Droid-Life the Nexus 8 isn’t a Nexus at all, and that LG-V510 tablet is in fact the LG G Pad 8.3 Google Play edition. Meaning the same 8.3-inch 1920 x 1080p full HD tablet with a 1.9 GHz quad-core Snapdragon 600 and 2GB of RAM, offering 16GB of internal storage, a infrared remote, dual cameras, and a micro-SD slot for expanding storage that is available now, will soon run stock Android 4.4.2 KitKat, and be available from Google Play.

Open source files for the new LG tablet appeared on the company’s site this week, and after a teardown revealed the image you see above. If this is any indication, the LG G Pad 8.3 could be the first Google Play edition tablet. The device in its current form runs just $349, and hopefully we learn more details soon, as well as a launch before the holiday shopping spree ends.

Google Play edition tablets could be up next for Google, in a market flooded with the iPad, Samsung’s Galaxy Tab series, and finally the Nexus 7.