Currently the brand new Google Nexus 5 smartphone as well as Android 4.4 KitKat are the talk of the town, and the mobile world, but that isn’t all Google has planned for 2013. With the Nexus 7 getting tons of attention this summer, a refreshed Nexus 10 still on track for a holiday release, we’re now hearing a Nexus 8 could be in the works.

To be honest they could all just be rumors, considering we don’t think Google wants to release a device of every size category and become the new Samsung, but an LTE enabled Nexus 8 could be quite popular against the iPad mini, Samsung Note 8, and the new LG G Pad. A mysterious 8-inch looking tablet appeared on Google’s website lately, and that along with some rumors and recent FCC filings have many thinking it could be an LG-made Nexus 8 slate. 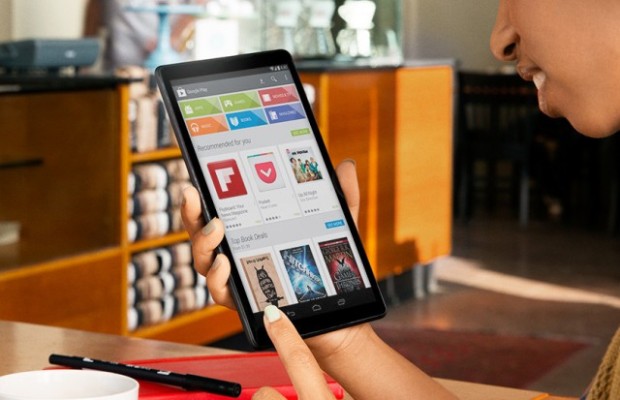 Fast forward to this week and a new LG device codenamed the “V510” passed through the usual Bluetooth certifications according to Blog of Mobile, and has many talking about another upcoming slate from Google.  LG recently released the 8.3-inch G Pad for $349, which was codenamed by the company the “V500” so the new V510 could simply be the 4G LTE equipped version, but that’s yet to be confirmed.

What we do know though, is that Google’s worked extremely close with LG on the Nexus 4, and now the Nexus 5, and an upcoming tablet with the company certainly makes a lot of sense. Even if the Nexus 7 is extremely popular, the Nexus 8 with a similar 8.3-inch 1080p display and super sleek bezels could draw plenty of attention from eager customers.

At this point however, it’s really just a guess until Google shares or “leaks” more details about the device, just like we saw with the Nexus 5. Not a single announcement was officially made until the day it was ready to be ordered from Google Play. This could very well just be a render tossed together and used by the Google crew building the page, or it’s a subtle hint of what’s coming next.

The Nexus 10 is almost a lock, with many stating it’s nearly done and ready for a holiday launch, and now we could be seeing two devices. Google may launch both just in time for the holiday rush. An 8.3-inch budget friendly Nexus 8, as well as the high-end Nexus 10 with top tier specs for those who aren’t worried about the price. Oh, and in case you didn’t notice, the tablet in the image is running Android 4.4 KitKat. You can see the white font in the notification panel. Here we go again!