As expected and right on time, today Google released its monthly Nexus Android update. Back in October when Android 6.0 and the Nexus 6P debuted, Google promised to delivery monthly updates as a part of a new security program for Android. February and March were both quick, and now April is here already with loads of important updates.

After Google, Samsung, HTC, and other manufacturers promised to do the same, and Samsung even released the April patch for the Galaxy S7 today as well. Starting today, April 4th, the April update is headed to all Nexus smartphones and tablets. Details are available on the Nexus security bulletin regarding what changes have been made, and updated factory images for users have been released at the same time. 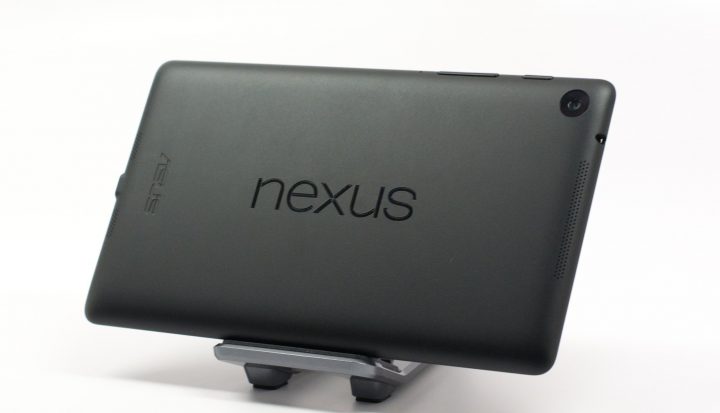 These monthly software updates are aimed at fixing issues and tightening security for all Android smartphones and tablets. It starts with Google, and other OEMs should push them out as well. The April Android 6.0.1 Marshmallow update lists 8 critical security issues, 13 high level problems, and 8 that were moderate in severity.

Overall it looks like Google has quickly patched or resolved nearly 29 security problems inside of Android. Some are small, and others are more critical that could be used to attack devices, even if most aren’t ever used by potential threats.

As we mentioned above, Android 6.0.1 Marshmallow with the new April security update is headed to the Nexus 5, 5x, 6, 6P, Nexus 7 (2013) tablet, and the Nexus 9. Then a more secure version of Android 5.1.1 Lollipop is rolling out to the Nexus 10 tablet, made by Samsung. Expect the Pixel C to get an update in the near future as well.

The changelog posted to the security bulletin blog doesn’t have anything too exciting, but does close multiple “critical” issues, which is the most important thing here. The rest are pretty minor, even if some blogs will have users believe Android is under attack and susceptible to easy hacking. Not so much. None of these are anything to worry about. Google also fixed more potential threats in the setup wizard, WiFi, phone app, and other things.

As usual, Google posted all of the details, released new factory images for those who’d rather update manually, and the over the air automatic updates should start hitting devices on April 4th, and continue throughout the entire week.

Most of the time OTA updates start within 24 hours of the announcement, so check for updates right now, or early tomorrow. Google pushes these small updates out much faster than big updates like the Android 5.1 to Android 6.0 update, so don’t expect long wait times or delays.

So what should owners expect? Either today or tomorrow a small update will arrive, and take a few minutes to complete. Simple, and easy. However, the March update caused some off Bluetooth issues with select devices, which should be fixed in this update. We’ll update if we learn more.

As always, owners can download and manually install the update right this minute.  Just like any update, manual updates files called “factory images” have been released, and the instructions below will help those daring enough to install it. It’s rather easy, but we’d simply recommend waiting for the over the air automatic update to prevent any problems from arising.

Users can head to the Factory Images website from Google, find their device and the download the latest software. Use the instructions above. They’re for Android 6.0.1, but work the same way.  It’s worth noting that this route will erase everything on your device, so again, just wait for over the air updates unless you’re really concerned or having issues that can’t wait.

Whether users want to flash it or not is up to them, but with this being so small a full wipe isn’t necessary. Just wait for the over the air notification, accept it, let it finish in 2-3 minutes and continue with your day.

Like all updates, this could potentially cause a few issues here and there for some owners. Security updates have been very straightforward, but March did break Bluetooth for some. Add in the fact that there are over 25 changes, some may want to proceed with caution. That said, we’re confident in telling users to accept it once it arrives, and once we update ourselves we’ll update with any issues that surface.

This is a rather small security update that should go smooth, but at the same time we’ve seen small updates cause all sorts of issues in the past with the older Nexus 5. So backup your device just to be safe.

We haven’t heard about any problems, but at the same time most users have yet to see the April update arrive. You’ll want to keep an eye on Google’s Nexus Help Forum for feedback. For now, take a look at our list of common Android 6.0.1 problems and fixes.

We’re still waiting for more details regarding Android N, which Google surprisingly released back in March. And while this update isn’t Android N, it’s still something all users should accept, download and install. The Android N beta is out, has already been updated, and will likely get fully detailed at Google I/O in May.

For now, we’d suggest all Nexus smartphone and tablet owners get the latest April software update which is still Android 6.0.1 Marshmallow. Others can try the Android N beta if you aren’t worried about bugs or issues, and stay tuned for more details as they become available.