With the Android mobile operating system winning its war with Apple’s iPhone and Google releasing new consumer apps and products every day, you may have already heard of at least one Google product meant to compete in the living room space. Today Google added another, the Nexus Player.

Read: Nexus Player is Nexus 6 For Your Television

Made by Asus, the Nexus Player is another attempt by Google to extend its lead in mobile to television sets. Before it there were other products. Google TV famously came and went about three years ago. The Nexus Q was the first Google made set-top box to depend on Android for most of its functionality. It looked attractive but barely made it out of the gate before Google killed it off. Last year, Google introduced the Chromecast. It is a $35 way to display anything being shown in chrome on a Windows PC, Mac or Android device.

Here’s what you need to know about the Nexus Player, Google’s latest foray into getting the entertainment space. 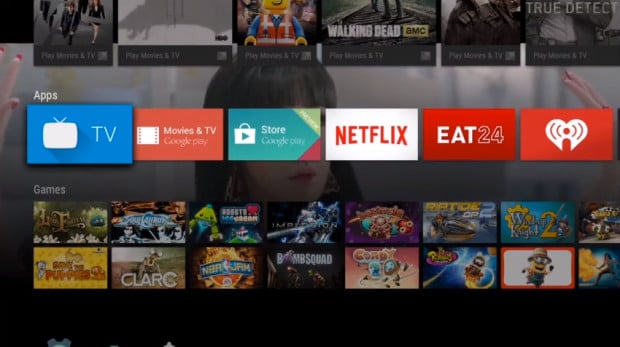 To be successful, Google realized that it had to pull back on some of the fragmentation that’d made its earlier attempts at competing with the Apple TV such a joke. That’s where Android TV comes in. Android TV, which the Nexus Player runs, is designed to fix the problems plagued by Chromecast, Google TV and the Nexus Q.

Where the Chromecast and Nexus Q depend on other devices to work, the Nexus Player can run independently. It’s a standalone set-top box without all the hoops and hooks that make Chromecast too complicated for some. Developers don’t create custom apps for the Nexus Player and Android TV like they did with Google TV. Instead, they simply update their existing applications with a new interface and they’re ready to go.

Nexus Player buyers can purchase TV shows directly from the Google Play Store. Again, it’s all about making this less of an ecosystem play and more of what people seem to want in their living room: a set-top box that can complement or replace their cable box.

The Nexus Player Is a Xbox One & PS4 Rival Too

With set-top boxes and video player competition heating up, a lot of people are seeing the Nexus Player for what it is on the surface — a way to finally compete head to head with Apple and Amazon for eyeballs in the living room. That makes sense, more and more people are spending more time with on-demand video services on set-top boxes.

Don’t be mistaken though, the Nexus Player is also an attempt to extend Android’s dominance into the home gaming space. For years, there have been just three players in the gaming console space: Microsoft, Nintendo & Sony. Each generation these players battle for the heart of video game lovers everywhere. Android on a smartphone can offer a decent gaming experience compared to a handheld like the Nintendo 3DS. So far, gaming greatness in the living has eluded Android for one reason or another.

And so we have Android TV. Because Android TV is meant to be an independent set-top box it’s better for gaming. Developers can add better graphics to their existing games along with controller support and there they go. Best of all, this scenario allows Nexus Player buyers to start a game formatted for their Android device and finish in their living on their TV using a controller. To bolster this Google is promising syncing profiles and free multiplayer for the Nexus Player and other devices running Android TV.

Of course, to do any of this gaming, users will need to invest in a Nexus Player controller. How much that’ll cost remains unclear for now.

Accessories for the Nexus Player Matter

Finally, it’s important to understand that Nexus Player is only as good as its accessories.

So far, there’s a bit of information missing. We don’t yet know how much the Nexus Player will cost users when it does arrive in the Google Play Store. We do know that Google plans to start taking pre-orders for the device on October 17th.