NFC technology is slowly creeping into our lives. This time it’s coming for our vending machines. If you live in San Francisco, Chicago, or other select mid-Atlantic states, you may run across one of 6,000 machines that will accept payment for a PayDay via Google Wallet.

According to AllThingsD, in addition to being limited to specific machines deployed in a small area, the payments will only work with phones that have NFC and Google Wallet. But for the people who have the Nexus S, candy and chips are just one tap away.

This type of payment isn’t widespread right now and may not even be in the near future. 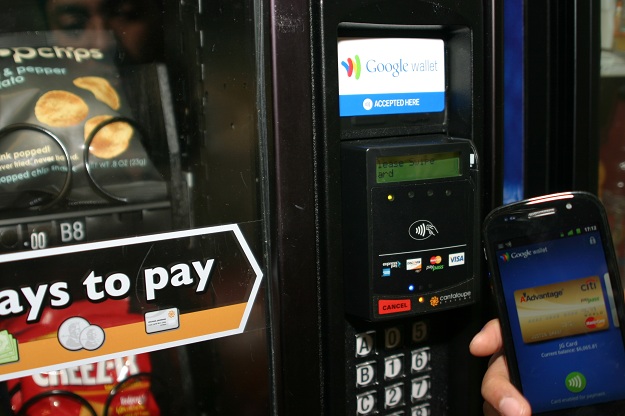 In addition to having to upgrade vending machines themselves, you also have to convince the owners to accept credit card payments. And on such small transactions, it’s not always worth the fee. Once more phones get NFC with Google Wallet or some other widely-accepted system then it may be worth it.

But by that time we may be downloading Snickers on our iPads or something equally futuristic.

However, if Cantaloupe and Google can get people excited and enticed with coupons and special offers, the future may come faster than you think. So keep an eye out for the Google Wallet logo next time you go to sneak a Snickers.