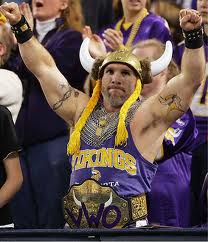 The NFL season is just around the corner here in the US as training camps open up around the country and speculation on Brett Favre becomes an annual rite of passage. (At least in Minnesota.) Meanwhile a report from Reuters Canada says that the NFL is considering inserting a chip into the pigskin to determine whether or not a ball crosses the goal line or a player makes a first down.

Of course this isn’t going to happen this season, but it is interesting speculation, and the NFL isn’t really talking. But I would imagine that this will happen at some point in the future.