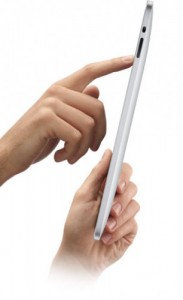 Are tablets ready for some football? According to CNET, NFL teams are asking that question and looking at the iPad and other tablets to replace paper playbooks.

At CNET’s Geek Gestalt blog, Daniel Terdiman interviewed Pete Walsh, head of technology for the Dallas Cowboys, who said they are considering switching their playbooks to digital form, a move that could eliminate printing 5,000 pages per game. In addition to the time, money and paper saved, the switch would enable active content, such as videos, and facilitate last-minute changes.

The main concern for teams is security. The possibility that a tablet playbook could fall into the wrong hands is no different than for a paper playbook, but the fear of hackers stealing their content is new. That could be a problem if teams use the Internet or local area network Wi-Fi to distribute material. On the flip side, the ability to remote wipe a stolen tablet is a security advantage over paper.

Sounds like a great idea to me. In fairness, I’m biased towards any paperless, tablet-based solution, but still, the ability to “study the film” directly in the team playbook and potentially see plays enacted in motion offers a great advantage.