Nike’s Fuelband line of wearable workout accessories is getting an update that comes complete with new colors and a smattering of new features.

Debuting November 6th, the Nike+ Fuelband SE features a fresh design aesthetic that uses colored accents on the inside and outside of each band to allow users to feel like the device is a bit more customized to their tastes. Available colors include yellow, black, pink and red. Unlike older Fuelband devices, the Fuelband SE is completely waterproof. That’ll come as good news to the runners who pick up the $149 for use in areas that see rain often.

As for upgraded functionality, the Fuelband SE still uses the Fuel Points system to translate physical activity into a quantifiable measurement of a user’s active lifestyle. Nike says it has fine-tuned how the Fuelband SE and Nike+ ecosystem interpret movements so that it can more accurately measure different activities without skewing the results of a particular workout. Nike has also added hourly workout reminders and new graphs that it hopes will allow users to better measure their workout intensity levels throughout the day. These graphs can be shared with other users. 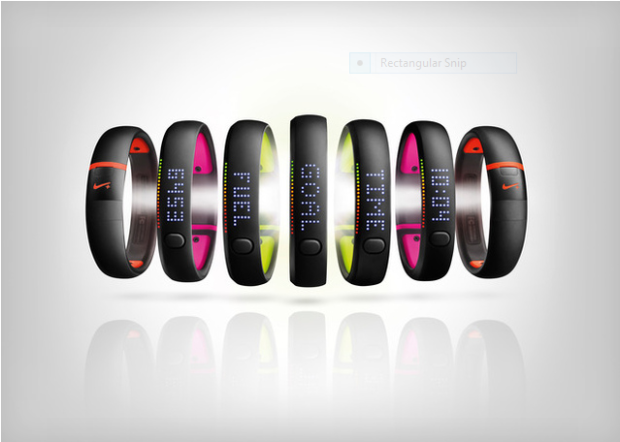 Nike’s relationship with Apple seems to have not changed at all. The Fuelband SE still isn’t compatible with Windows Phone 8 or devices running Android. While that isn’t necessarily news for Windows Phone users, many users had hoped that Nike would finally bring Nike+ functionality to Android since it devices running the operating system outsell the iPhone worldwide.

Read: Fitbit Force Official: Up Your Fitness Game for $130

Nike’s announcement of the Fuelband SE comes just days after rival Fitbit announced a revamped version of its own wearable workout accessory. The Fitbit Force features a OLED display that also allows users to see the current time and workout level. However, the device will work with devices running Android and iOS. Android users can actually activate their device’s application by simply taping their NFC-equipped smartphone on the Fitbit Force itself.

Users can pick up the Fitbit Force from the company’s website for $130 now.