The Nike Fuelband Android app is not something Nike is working on anymore according to an update on the official Nike Support account on Twitter.

The Nike Fuelband is a small wearable fitness tracker that looks similar to a Livestrong bracelet, although thicker and more rigid. The Fuelband tracks steps, calories burned and activity in Nike’s proprietary Fuel points. The Nike Fuelband syncs to an iPhone or iPad with Bluetooth and to the web when plugged into a computer.

Nike launched the Fuelband just over a year ago with a companion iPhone app, promising a Fuelband Android app was in the works, but based on a tweet discovered by Droid-Life, Nike has given up on a Fuelband app for Android.

@mkoyerp Right now, we're focused on iOS and web. We're not working on an Android App.

There is no mention of a Nike Fuelband Android app on the Fuelband web page, but we’re waiting on an official statement to confirm the cancellation. 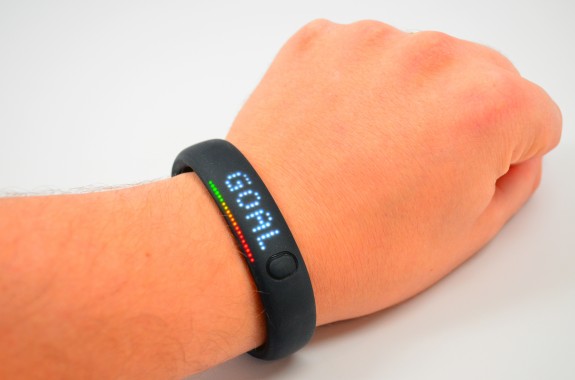 The Nike Fuelband Android app is not coming.

As late as November 1, 2012 Nike was still talking about the upcoming Nike Fuelband Android app, but was unable to confirm the release. Looking back at the comments it seems possible Nike Support knew the Android app was getting the axe.

@DjLukeW No confirmed plan at this time. We'll pass your feedback along however.

iPhone users can sync the Nike Fuelband through Bluetooth at any time during the day to review their progress, share stats and compare their performance with Facebook friends.

This is another example of why users shouldn’t buy a product based on promised features. While iPhone users can pick from a plethora of fitness trackers there are currently no fitness trackers that sync with Android phones, though the Fitbit One promises support for select phones coming soon.