After several leaks of a rumored Nikon-made camera with Android at its core, the Japanese camera-maker has finally launched the 16-megapixel Nikon Coolpix S800c with Android 2.3 Gingerbread, beating Samsung to the punch in the smart camera segment. The Coolpix S800c will be available for $350 when it lands on retail shelves next month in September and will come with 4 GB of memory, 10X optical zoom, and a capable flash like most point-and-shoot cameras that will allow the photographer to capture well lit night images. Additionally, GPS and WiFi will be on-board as well. 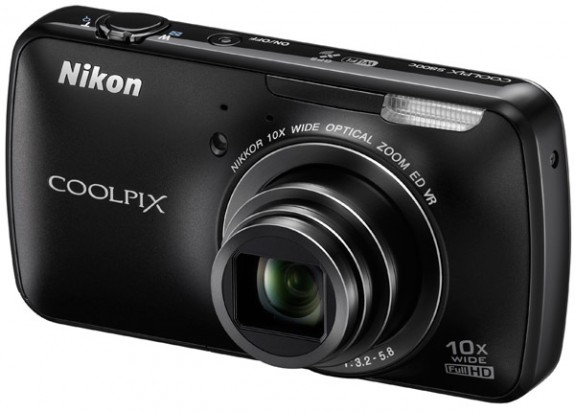 There are many benefits to having Android as the OS inside a camera. For one, users will readily have access to the many photo and video editing apps available on the Play Store. Second, consumers can easily share their photos right away within a WiFi hotspot, instantly uploading images to Dropbox or Google+ and creating a social experience around Flickr, Facebook, and Twitter.

It’s unclear though at this time if Nikon intends on upgrading the firmware of the Coolpix S800c to a more recent version of Android, like Ice Cream Sandwich or Jelly Bean.

The Coolpix S800c will come equiped with a 3.5-inch WVGA OLED touchscreen on the rear along with three Android hardware navigation keys.

Though smartphone cameras have greatly improved over the years. In most cases, users have slowly been adopting cameras on a smartphone as their main photography tool in lieu of a point-and-shoot, but having a smart point-and-shoot does have its benefits, including a 10X optical zoom and better flash on the camera.