If you need proof that apps can make or break a hardware platform, look no further than the Nintendo 3DS. The device was hotly-anticipated by gamers for the better part of a year before its launch. But it has fizzled in sales. Today the weak launch became official, as the Wall Street Journal tells us that Nintendo dropped the 3DS’ hefty $250 price down to a more grounded $180.

Nintendo only sold 710,000 of the gaming systems in the April-June quarter. The company had estimated sales figures of 16 million sales for the entire fiscal year. While sales should pick up for the holidays (and possibly with this price drop), they look to be way off of that goal. Nintendo also made a massive downgrade to their estimated annual net profits – dropping it from ¥110 billion to ¥20 billion. 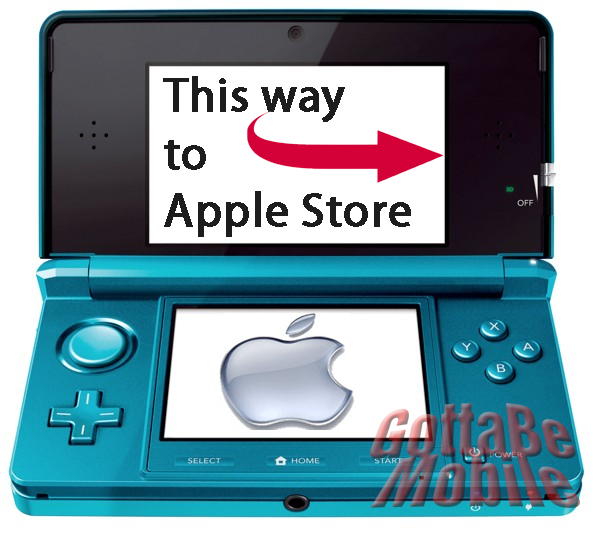 The 3DS' launch lineup may as well have included this message

To try to make amends with early adopters of the system, Nintendo is offering ten free games to those who paid the higher price. The only problem is that “ten free games” makes it sound a lot better than it really is. These are mostly ports of 20+ year-old 8-bit or 16-bit games (the original Super Mario Bros. and Ice Climber, among others). It’s a nice consolation, but hardly worth the extra $70 that early adopters forked over.

Most blogs are declaring this as “death by Apple.” While that is (by and large) what is happening, it only tells half of the story.

Yes, people are gravitating more and more towards their iPhones, iPads, and iPod touches for portable gaming. But, aside from Apple’s mass appeal, one of the big motivators behind this preference of iOS over Nintendo is the software on both platforms.

iOS has an enormous library of games, ranging from simple casual titles, to more complex titles that almost rival console offerings. The casual titles are usually free or just a couple of bucks. The more advanced games rarely cost more than $10. 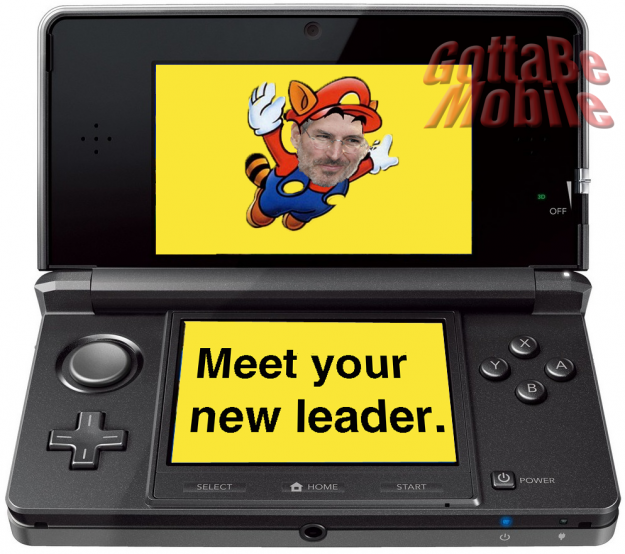 Apple is more than happy to take Nintendo's customers

When it comes to games, the Nintendo 3DS’ only real claim to fame is a remake of a fifteen-year-old game (Legend of Zelda: Ocarina of Time). And it took them over three months to get that out to market. Its launch was highlighted by a Street Fighter port and a game where you fly a hang-glider around an island (Pilot Wings Resort). Most of them cost around $40.

Needless to say, gamers were disappointed and stayed away.

With the 3DS, Nintendo committed the unspeakable act of launching a new console without a Mario title. Five months into its release, it still doesn’t have one. Super Mario 3D Land will arrive in time for the holidays, but by that time the system has already built up a reputation with buyers as a dud. Customers tend to stay away from something they’ve labelled as a ‘dud.’

There is still hope for the 3DS though. It’s easy to forget now, but it was only four years ago that a highly-anticipated device saw a big price drop just a few months after launch. That device, the iPhone, did okay after that.