Nintendo Bets on Live Video and Super Smash Bros. Wii U for E3 2014

Those looking for Nintendo to make an on-stage spectacle about upcoming games for the Wii U and the Nintendo 3DS at this year’s Electronic Entertainment Expo or E3 2014 are out of luck. Instead, the Japanese maker of Mario, Metroid and more will hold three events designed to get buyers off the couch and playing the company’s latest consoles.

Nintendo announced that it would be forgoing a traditional press conference at E3 2014 earlier today, probably so that it could align fan’s expectations now. It sounds like the plans is for Nintendo to avoid having its games and initiatives drowned out amongst the other festivities that are expected that week. 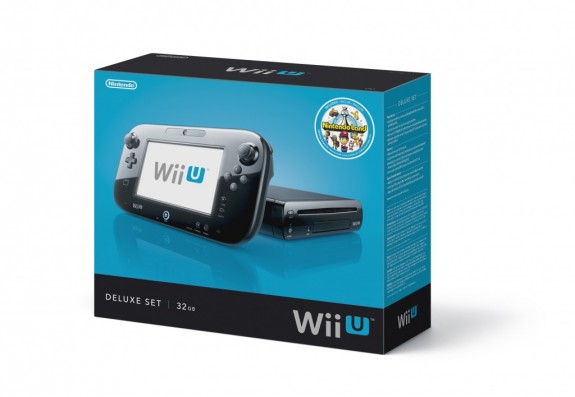 The Deluxe Edition Wii U

The company did the same thing at last year’s E3 event, however the consensus then was that it was smarter for Nintendo to avoid directly competing with Microsoft and Sony’s announcements since they were both launching new consoles and Nintendo wasn’t. Apparently, it was pleased with the results.

Nintendo won’t take the stage at E3 2014 in the usual fashion, however it is planning a few smaller things that are sure to get Wii U and Nintendo 3DS owners and buyers excited.

Nintendo Directs, short video messages broadcast live directly to Wii U and Nintendo 3DS owners, have definitely helped Nintendo build excitement for new games. Unlike Microsoft and Sony, which focus on mainly posting daily blogs with big games and console news, Nintendo Directs are short and intimate. They also allow Nintendo to pass on gaming news without going through typical channels. Gamers are clearly responding to Nintendo Directs and that’s probably why Nintendo is replacing its briefing with a Nintendo Digital Event that users will be able to live stream on their devices. The Nintendo Digital Event will kick off on Tuesday, June 10th and users will be able to watch just as if they were attending E3 2014 in person.

Finally, Nintendo is teaming up with Best Buy to bring Super Smash Bros for Wii U to its stores so that users can get a feel for it. Dubbed Super Smash Bros. Smash Fest @ Best Buy, the event will allow interested fans to head to their local Best Buy and play Nintendo’s most important title of the year for themselves. Nintendo will also live stream demos of the games it has coming directly from the show floor all event long.

Again, Nintendo’s entire approach for E3 2014 is centered on circumventing game reporters and appealing directly to its base of hard-core users. All told, it’s a smart strategy. Still, it’s a bit unclear how this experience will filter out to potential buyers who don’t yet know what a Nintendo Direct event is or couldn’t be bothered to watch anything outside of the big E3 press announcements.

Nintendo will likely show off The Legend of Zelda Wii U too. It’s a franchise that has just as much power to turn out hardcore Nintendo fans as Super Smash Bros.

Read: E3 2014: What to Expect at Gaming’s Biggest Event of the Year

Though bold, Nintendo’s move certainly isn’t unexpected. Outside of delivering Super Smash Bros on time and continuing to release older titles into the Wii U’s store, it seems like there’s very little Nintendo can do to revive buyer’s interest in the Wii U. That’s a shame since the $299 gaming console does include a pretty bold gamepad with a touchscreen for a more immersive gaming experience.

The problem for Nintendo is that the company wasn’t really in a position to even compete with the press events coming from Microsoft and Sony. With the Xbox One trailing the PS4 in sales worldwide, Microsoft is expected to pull out all the stops at this year’s conference.

Xbox head Phil Spencer has made it clear that potential Xbox One buyers and those that already own the console should expect the company to talk about games and almost nothing else during its press event. That may not be great news for those users who purchased the Xbox One because it was an entire entertainment experience instead of being just a game machine, however it should silence those who feel the Xbox One moved too far away from the Xbox 360’s gaming-focused roots.

Sony goes into E3 2014 in the best position. Unless something catastrophic happens before the events kick-off on June 10th, the PS4 has the most sales and the most momentum behind it. Users can expect to hear about more independently developed games and new gaming-focused features at their event, mostly because Sony so eloquently hammered Microsoft during last year’s conference.