It was at last year’s Electronic Entertainment Expo that video game and console maker Nintendo first revealed there was a Star Fox release on the horizon for its Wii U. This morning during its Nintendo E3 2015 Digital Event the company shocked everyone when it announced that a final version of the game is set for release this calendar year.

It was during the Nintendo Direct event that the company revealed more Star Fox Zero release details and more information about the game. A hard release date for the title is still hard to come by, but Nintendo executives did say that it’ll arrive sometime during the holiday season. Really, that’s anytime in November or December. Star Fox Zero is already available for pre-order at GameStop. 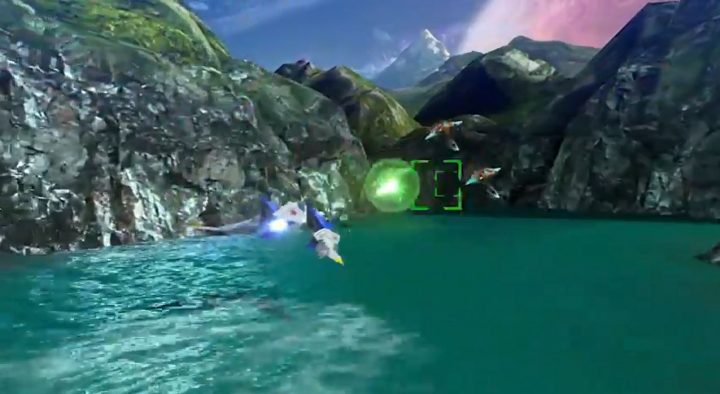 Story-wise don’t expect to find a lot of information about what happened to characters after previous entries in the Star Fox franchise. According to Nintendo, the game isn’t necessarily a remake or follow up version to the previous games. It completely stands alone.

During the Nintendo E3 Digital Event Nintendo did confirm that a lot of what users saw in its tech demo at E3 2014 will make its way to the final version of the game. The Wii U’s Gamepad, which looks like an overly large tablet with dedicated physical controls, will act as a viewport, giving players clear line-of sight. Gameplay-wise this should make it easier to aim at some enemies, but it’ll also provide a new look at the landscape below.

In the Nintendo E3 Star Fox Zero trailer we see the blue and white Arwing, launching into a planet’s atmosphere. In the cockpit is Star Fox, the titular character and leader from past games in the series. We see some classic Star Fox stunts like barrel rolling and flying underneath low buildings and bridges. There’s a green targeting reticule for better aiming. A Wii U GamePad gets overlaid on the screen, acknowledging how crucial it is to the Star Fox Zero game play and what kind of view players can expect.

Classic Star Fox releases kept players confined to the Arwing. Star Fox Zero allows players to transform their Arwing into the tool they need to get the job down. Dedicated buttons allow Star Fox’s Arwing to become a walking tank, completely with fire power. In the video the player lands on a ship, then transforms the Arwing to take on things around him. When activated this walking land-based mode seems similar to a third-person shooter. There’s a dedicated tank form that allows players to rollout around levels quickly too.

Nintendo could have kept players confined to a single version of their Arwing and designed the levels around them. That’s not what the company revealed in during this Nintendo E3 Digital Event. The Arwing transforms completely on-demand, giving Wii U players the option to go with whatever battle mode they see fit. Nintendo is trusting players to go with the right tool for the right job.

All told, Star Fox Zeros seems like an incredible game, with enough variations on past ideas and cool extras to make I worth anyone’s time if they already have a Wii U. The question is going to be whether what was shown during the Nintendo E3 Digital Event is enough to convince anyone who doesn’t have a Wii U to buy this late in its life cycle.

The Wii U marked the start of the new console generation as it launched in 2012. Both Microsoft and Sony have rolled out new consoles with more power than what the Wii U offers. For its part, Nintendo is already preparing to move on from the console. Earlier this year the company confirmed that it’d have sometime to share about the Nintendo NX sometime in 2016.