Earlier this month, we reported that Nissan would be unveiling the Friend-Me at the Shanghai Motor Show. Now that the show is here, we have all of the details pertaining to this vehicle and its unique social aspects.

According to Nissan, the “‘Oracle Stone’ empowers shared adventure.” The idea is that there is a shared device inside the vehicle that links to all four passengers’ mobile phones when in the vehicle. Each person in the vehicle has the ability to immediately share what they see on their phone with anyone else in the vehicle on the vehicle’s screens. 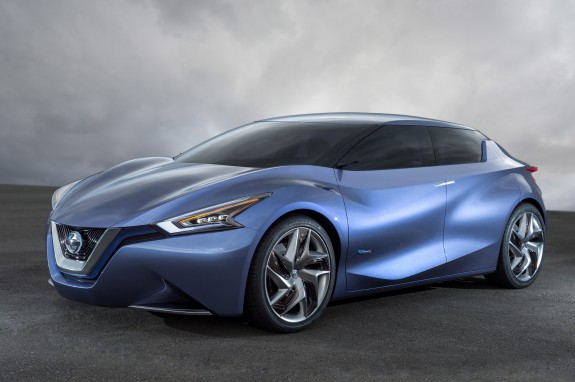 Everyone in the vehicle is to be treated equally. At least that is the premise behind the Friend-Me and the ‘Oracle Stone’ system. Seemingly the only thing it will not do is let anyone to drive the vehicle from any of the four seats. That would be an interesting implementation!

The Friend-Me was the first vehicle designed by Nissan specifically for the Chinese market by a Chinese design branch of the company. It is designed to appeal to young Chinese who are becoming more affluent and are looking for ways to integrate all of this new technology into their daily lives. Chinese users are some of the most active in social media, even in a country where Internet usage is strictly monitored. The Friend-Me is not the only vehicle announced at Shanghai that appears to be targeting this audience.

Visually, the Friend-Me is a very futuristic-looking vehicle that follows Nissan’s latest design cues. Also, the sleek lines are surely fuel efficient. Whether or not the Friend-Me will go into production is up to Nissan, but expect to see some of this technology in future Nissan vehicles, not only in China but worldwide.