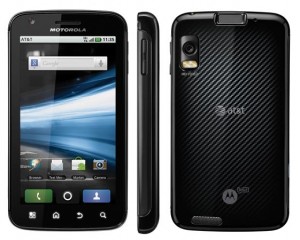 Thanks to Motorola’s implementation of a locked bootloader, the new Motorola Atrix 4G dual-core flagship Android smartphone for AT&T will not be able to handle custom ROMs. Despite the fact that the handset was recently rooted, which allows for certain features like ability to install non-Android Market purchased apps that was prevented by AT&T, the locked bootloader means that the device cannot run a custom ROM image.

For those who are not familiar, ROM images, in addition to altering the appearances of the operating system and user interface–perhaps by enterprising hackers who do not look the MOTO BLUR UI appearance–can also bring tweaks and improvements, enabling faster speeds or added capabilities that are packaged together rather than having the user install and initiate each individual tweak separately.

We’re still playing with the Atrix 4G and the optional Laptop Dock. A full review will be forthcoming.