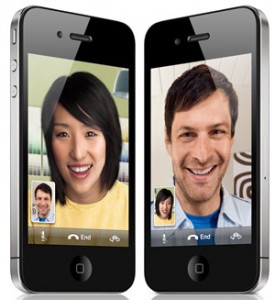 A new report suggests that Apple and Verizon Wireless have yet to iron out a deal that would allow the use of Apple’s FaceTime video chat service to be offered over 3G on the carrier’s mobile broadband network. When the iPhone-maker had initially debuted FaceTime for the iPhone 4 a year ago, it had said that it was looking into carrier agreements to deliver the video chat service over 3G networks; currently FaceTime is limited over a WiFi connection.

Additionally, while iOS 5 is slated to receive over-the-air software updates, negating the need for users to connect to iTunes every time a new release of iOS is made available, Apple is still in talks with Verizon about offering that functionality. 9to5 Mac reports that “carrier support may or may not be delayed past fall 2011.”

Currently, regarding FaceTime and OTA updates over 3G, the report did not make mention of AT&T so it’s unclear whether or not Apple was able to strike agreements with AT&T.

Users currently who wish to perform FaceTime over 3G networks must resort to jailbreaking and installing a hack that fools the iPhone into thinking it’s connected to a WiFi network while in fact it’s connected to a 3G network. This hack would not only allow the iPhone 4 and iPad to perform FaceTime video chats over 3G, but would also allow both devices to download large apps and files from the iOS App Store that would normally require a WiFi network as the files are deemed too large for 3G downloads.