No Fury Like A Geek Disappointed: Judie Lipsett and the Nook 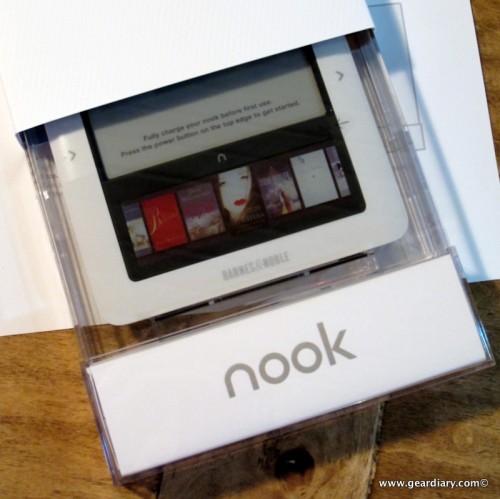 Late Saturday night I started seeing tweets from Gear Diary’s Judie Lipsett about her new Nook that finally arrived. Judie is not happy with the Nook. The title of her post sums it up:

The Barnes & Noble nook; or how I managed to completely waste my Saturday on a piece of over-hyped hardware

To be fair, Judie gives the piece a very thorough once over pointing out the good with the bad, but the bad obviously outweighed the good in her opinion. I’ve seen similar complaints from other gadget reviewers for this latest piece of Beta Hardware, but I think Judie’s piece will carry some weight.

Barnes & Noble is obviously taking some lumps from a decision to rush the NookÂ  out the door for Christmas, and who knows, the promised early 2010 firmware updates might fix a number of the problems. But you’re already in trouble when you have to be talking about firmware updates amidst shipping woes right after your release. It will be interesting to follow. Remember, the first Amazon Kindle received a lot of negative comment when it was first released. (Here’s one.)

Bottom line is this, no matter how well or not well the Nook eventually does, you take a big risk in releasing a gadget that isn’t ready. Geeks can be forgiving (and often too forgiving) when it comes to Beta Hardware. But when they get riled up because expectations aren’t met, hell hath no fury….