No NCAA 15 Release? No Problem with Updated Rosters

There is no NCAA 15 release this year, leaving college football fans without a way to play as their favorite college players in the run up to the NCAA 15 season kick off. This means no NCAA 15 PS4 or Xbox One game to bring college football to the new consoles, but if you want to get as close to a NCAA 15 release as possible we’ll show you what you need for the Xbox 360 and PS4.

College players are already annoyed that there is no NCAA 15 release this year and gamers are left looking at a new Madden release in August, but Madden 15 is not the same as NCAA 15 could have been. Unfortunately rights disputes and paying college players for their likeness has the NCAA 15 game on hold, with a return net year questionable.

Without a new NCAA Football 15 release to deliver updated rosters and playoffs gamers are left to get creative with access to downloadable NCAA 15 rosters for the NCAA 14 game on Xbox 360 and PS3. There is no NCAA 14 PS4 or Xbox One release, so dust off those old consoles and pick up a copy of NCAA 14 for $25 to $30 and get ready to prepare it to replace the NCAA 15 release that isn’t coming. 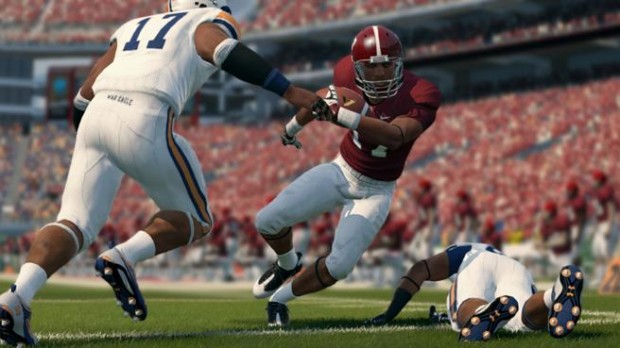 Without a NCAA 15 release this year fans are taking control with updated NCAA 15 rosters for NCAA 14 complete with new player ratings, updated schools and freshmen players.

Although the annual football game releases are often mocked for being a roster update, EA does deliver new features. Without a NCAA 15 release this year gamers won’t get the improved defense, graphics and features that Madden 15 delivers on the Xbox One and PS4, and really no college football on the new consoles.

Even without these new features there are some ways to get more out of NCAA 14 and turn it into the best NCAA 15 alternative you can find.

If you want the rosters you would normally get with the NCAA 15 release, you can download a NCAA 14 roster update from two sources to your PS3 or Xbox 360 so that you can play with current or at least near current teams. These include ratings derived from scouting reports and fan input to match the players as much as possible

You’ll need NCAA 14 for the Xbox 360 or PS3 and a network connection on your console. From there you will need to download an updated NCAA 15 replacement roster, which is confusingly called NCAA 14 because we are in 2014 right now.

The Bleacher Report points us to Call Me LSU for the Xbox 360 NCAA 15 roster update to your NCAA 14 game and to no1geemoney on the PS3. This comes from Operation Sports, which is a community that helped make this possible.

The updated NCAA 15 rosters are a major undertaking that includes the correct schools, years and ratings are as close to 100% as possible. Even more, hot prospects who are entering NCAA football as freshmen this year are in the game.

You’ll need to find the players on your Xbox 360 or PS3 and download the roster to your console. The process is a little involved, but it’s not impossible. The video below shows how to update NCAA 14 rosters to the NCAA 15 rosters.

The short version is, go to Team Management, Download Roster, enter Call Me LSU, and download the custom NCAA 15 roster update for NCAA 14. When prompted download the roster to your Xbox 360. This is similar to the process on the PS3, but with the no1geemoney username.

If NCAA 15 roster updates aren’t enough to keep you happy there are also NCAA 14 playoff mods that deliver access to the new four team NCAA playoff system. The video below outlines how this works, and VentureBeat shares more details in an interview with the creator.

Neither of these will replace a NCAA 15 release, but at the very least they will help tide college football fans over until EA Sports, the NCAA and college athletes agree and we hopefully get a NCAA 16 release early next year.