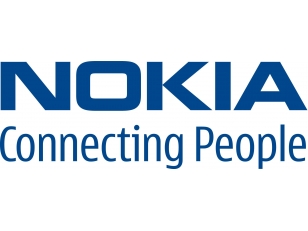 Though it appears that Nokia is fully committed to the U.S. market and to the Windows Phone platform, dropping the MeeGo-powered Nokia N9 from the U.S. lineup, the company may also drop the N9’s cousin, the Windows Phone 7-powered Nokia Sea Ray smartphone, from its U.S. portfolio as well according to the latest rumor. However, the absesnce of the Nokia Sea Ray model, which closely resembles the MeeGo N9 cousin, doesn’t mean that the U.S. will be entirely left out as Nokia has other models and devices planned for this important market.

According to tipsters to The Nokia Blog, which is an unofficial blog on Nokia news, Verizon Wireless will be getting a high-end Windows Phone 7 device from Nokia while rival carriers AT&T and T-Mobile may be carrying something a little more pedestrian and mid-range.

The significance of this speculation is that Sea Ray is widely believed to be Nokia’s first Windows Phone 7 device. Without releasing Sea Ray in the U.S., Nokia’s entry into the U.S. market will be delayed until other devices are announced and released.

Even without Sea Ray for the U.S., this isn’t entirely bad news as Nokia has had a difficult time selling its Symbian-based phones and establishing a brand presence in the past. During the early Symbian days, Nokia was essentially shut out of the U.S. market by Microsoft’s Windows Mobile platform and Palm’s Palm OS operating system. By leveraging Microsoft’s platform, Nokia may emerge here with a better shot at this competitive market. Unfortunately, though, Nokia’s entry is at a time when Android adoption is at an all time high and iOS isn’t quite slowing down.

It’s unclear if Nokia’s GSM-based Windows Phone devices for AT&T and T-Mobile will be penta-band 3G devices. In the past, the company’s use of penta-band 3G chipsets mean that the phones can easily be used for 3G connectivity on either networks. Currently, many smartphones for AT&T, including Apple’s iPhone 4, cannot be used on T-Mobile’s 3G network, but if unlocked can be used on EDGE. Similarly, T-Mobile’s 3G/4G handsets cannot be unlocked to used on AT&T’s highers speed network and would have to default to EDGE connectivity as the lack the appropriate band support for AT&T’s network. Historically, Nokia has used penta-band radios on its Symbian smartphone line.