The Mobile World Congress is winding down and like any conference or industry gathering that means it is time to dole out awards for the best this and the best that. The Groupe Spéciale Mobile Association (GSMA) is the trade association that hosts the Mobile World Congress in Barcelona each year. It also doles out awards for the best mobile gadgets and services and has announced the 2014 Global Mobile Awards. Intriguingly, when it comes to Tablets, a no-show at the conference took home the Best Mobile Tablet Award. That would be the iPad Air, which made like Marlon Brando by not only being absent from the awards ceremony, but also didn’t even put in an official appearance at the conference. 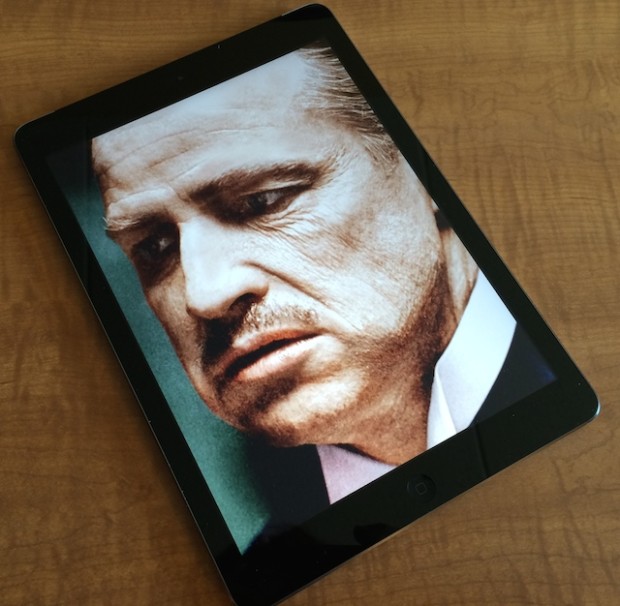 What does it say about Tablets that a no-show takes home the award this year? On the one hand, not much because I think it is safe to say that the iPad Air offers the best Tablet experience on the market currently, and most likely for the foreseeable future. On the other hand I think we might be seeing an acknowledgment that the Tablet sector is a difficult one to compete in and the rush to copy and clone might be slowing down, at least on the higher end.

Don’t get me wrong, I think Tablets will be with us for a long time to come. But I think this might be an indication that the excitement is fading as the market matures a wee bit. Is that a bad thing? Not at all. We’ll still see Tablets a plenty.

Living temporarily in a hotel while our home is being worked on I see a constant stream of new faces and familiar faces every morning at breakfast. The one constant? Every morning I see a number of iPads at the breakfast tables. I have yet to see a Tablet from another maker. That’s anecdotal of course, but I think there is something there. Given the number of families I would expect to see at least a Kindle or two. I’ve seen more Kindle Paperwhite readers than Kindle Fire Tablets. When I pull out the Surface 2, the device attracts interest because most have never seen it in action before. Samsung Tablets? Nexus Tablets? Haven’t seen a one. As I’m out and about in Chicago and recently in Washington DC and Florida the observations were no different.

The iPad Air may have been a no-show winner at the big show in Barcelona, and it seems to be winning, placing, and showing up in places that make important impressions with consumers.

Here’s a link to the list of the 2014 Global Mobile Awards. Also of note, the HTC One took best Smartphone and the Nokia Lumia 520 took the Best Low Cost Smartphone award.