No, The HTC One X Camera Isn't as Good as a Professional Camera

HTC is challenging people to spot the differences between photos taken with the HTC One X and with a professional camera.  The company is trying to suggest people can’t tell the difference between the two, but this ‘competition’ falls flat on its face. Smartphone cameras are improving with every generation, but they’re still a world of difference between them and what professionals use.

Sure, we love the convenience of snapping photos and beaming them to friends and family instantly, but comparing photo quality is a losing battle for any phone manufacturer.The dirty secret of camera phone marketing is that phone’s cameras have horrible optics that no amount of pixels or software can fix. There’s a reason why professionals primarily use cameras with detachable lenses, each of which is crafted for specific use cases. Professional shooters lug around lenses that weigh more than some laptops. 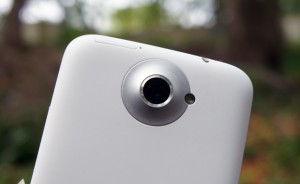 The first problem with this competition is that visitors to the HTC Blog are only shown thumbnail images that are about 300 pixels wide. That’s a tiny fraction of the 8MP the One X actually shoots. The only reason HTC would downsize the images so much is because doing so hides the differences between the images.

The second problem is that HTC doesn’t actually tell you what camera or cameras it’s pitting the One X up against. Is it the Nikon D800 like the one I just bought? Or is it an amped-up point and shoot camera like the [amazon_link id=”B005MTME3U” target=”_blank” container=”” container_class=”” ]Canon S100[/amazon_link] that some people stamp with the ‘professional’ designation. Regardless if we’re talking about a $500 camera or $5,000 kit, they all pump out better photos than the One X  or any other camera phone. 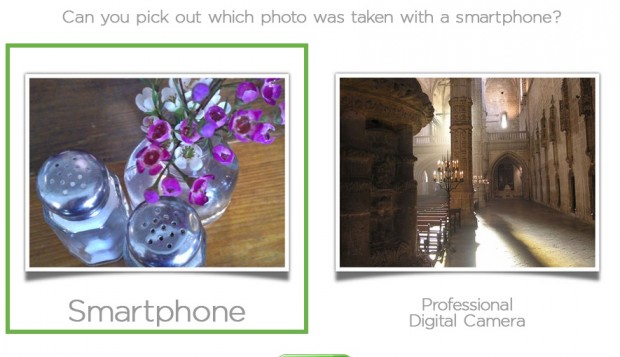 The third problem is that it’s quite easy to tell which photos are taken with the HTC One X and which ones were shot with a standalone camera. In fact, I scored a 9 out of 10 when it came to picking out which photo was taken with the One X. Blown out highlights and flat images are dead giveaways. Soft focus and poor color saturation were other tells. I probably would’ve been able to score a perfect 10 if the images were larger or if I didn’t rush through the quiz. 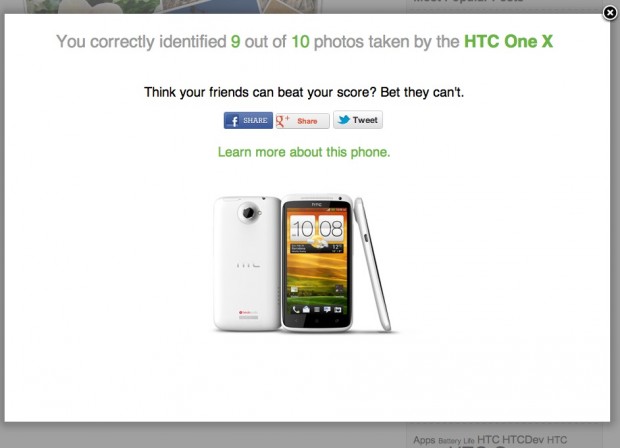 The fourth and biggest problem is that visitors to the HTC blog are asked to compare two completely different images at a time. Why not show the same scene or at least similar images? Because it’d be even easier to tell which one was taken with a real camera.

HTC isn’t fooling anyone with this comparison. It should focus on the One X’s strengths instead of highlighting silly competitions like this and unlikely scenarios like the one in the above video. Want to impress consumers? Demonstrate what it’s like to shoot and share pictures and videos of a kid’s first birthday or at bat. Show why the One X is a good camera to take with you to a friend’s wedding. You know…things that normal people do and care about.

Not everyone agrees with my sentiment regarding smartphone cameras not being good enough for life’s most important moments. No, not everyone needs to lug around a professional DSLR, but we’re still a long ways off from smartphone cameras rivaling alternatives’ image quality. I still recommend investing in at least a mediocre point and shoot camera, especially if you have kids in the house.