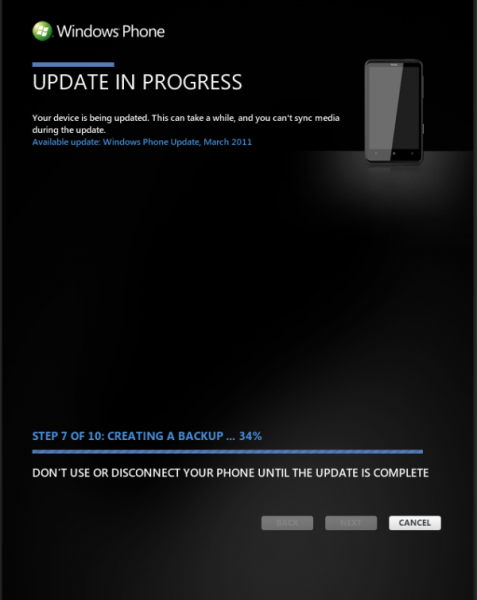 Yesterday, it was rumored that the HD7 would be seeing the full update and it appears that that rumor was fruitful.

One user over at WMPoweruser has even posted a picture showing off the update process for the March update aka NoDo update taking place on his HTC HD7. Another user claims that he got the pre-NoDo update, disconnected and turned Zune off, turned it back on and then saw the March update.

Others are seeing it come back to back within Zune.

Unfortunately, it looks like the T-Mobile devices are the only Windows Phone 7 devices in the United States that are seeing the roll out, leaving AT&T owners wondering where their piece of the pie might be.

Anyone out there with a HTC HD7 or Dell Venue Pro seeing both the pre-NoDo and the NoDo update?