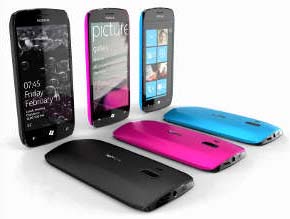 Unlike in the past where Nokia offered its smartphones fully unlocked and unsubsidized in the U.S., the smartphone-maker has announced that it will be fully working with carriers for Windows Phone 7. That means that the company will not be selling any unlocked devices in the U.S., and customers in the States would have to go through carriers like AT&T and T-Mobile to get Nokia handsets.

According to Nokia USA’s head Chris Weber in an interview with VentureBeat, the smartphone-maker says that there will be “No unlocked channels and no open distribution. It’s a big change for us. We’re going to be the most operator-friendly company around.”

Essentially, what that means is that for AT&T customers, you’ll have to be on a smartphone data plan. With Nokia’s unlocked and non-carrier distribution in the past, users of its smartphones such as the Nokia N8 and E7 can skirt by on AT&T on a cheaper feature phone data plan rather than the more costly data plan. However, as Nokia will only be working with carriers, carriers like AT&T will have the IMEI and serial numbers of Nokia phones, which means they can track which handsets are being used by customers and will force customers into the appropriate data plans. In the past, AT&T had been laxed about the policy, but has been aggressively pursuing customers in trying to get them on the proper data plan since the iPhone 4 launched.

On the positive side, going through carriers means that Nokia phones will be available cheaper, albeit with a two-year contract that’s typically the norm in the U.S. Carriers will be able to subsidize devices knowing that they can earn revenues from each user over the course of two years, and that means the out of pocket up-front cost of a mobile smartphone will be significantly less than an unlocked, unsubsidized device.

The new strategy is perhaps due to Nokia’s relationship with Microsoft, which has great relationships with U.S. carriers, an area that Nokia had lacked with Symbian handsets. Going with Windows Phone 7 will at least give Nokia a new distribution channel, but it’s unclear what impact, if any, going with carriers will have on Nokia’s niche customers who have enjoyed higher priced devices that don’t require a contract.