When Nokia unveiled the company’s debut Lumia Windows Phone devices at Nokia World in London last week, it only made vague  comments that Nokia-branded smartphones running on Microsoft’s mobile OS would hit the U.S. market in early 2012. Now, Nokia’s American head Chris Weber is offering more insight into the company’s strategy for the U.S., including the company’s strategy with carriers as well as its targeting of users who may be new to smartphones.

Weber re-iterates the company’s strategy in working with operators and carriers as being the core to Nokia’s transformation in the U.S. market. While once the dominant phone-maker in the U.S., Nokia’s refusal to allow carrier control on pre-loading apps onto its smartphones had hurt the company’s market share for the market, and now Nokia is planning to ease back into the U.S. market with carrier partnerships. 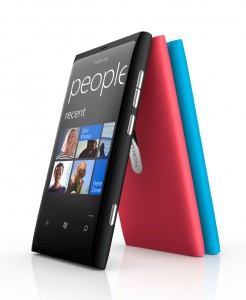 According to Weber, it’s not about replacing sales of Android and iOS, but adding to sales. “We have to be additive to their business,” says Weber. This may be an important piece of the strategy as Nokia intends to target first-time smartphone buyers who are uninitiated to the world of Android and Apple. With this strategy, coupled with the noted ease of use of Windows Phone, Nokia is hoping to make a splash into the U.S. market in 2012.

That splash, however, won’t be easy, and Weber admits this. The company will be investing in a massive marketing campaign for 2012 on its bets that consumers will be more receptive to Windows Phone. Additionally, with Nokia’s scale, the company is hoping that it can make quality, value-added devices that costs less than what rival platforms are offering as well as less than what competing manufacturers are building for the Windows Phone platform. Nokia Maps, Nokia Drive, Nokia Music, and Nokia ESPN Sports Hub are among some of the new apps that help to add value.

The company has also pledged both CDMA and LTE support in the future.