Pictures of the forthcoming update to Windows Phone 8 users with Nokia devices, have leaked.

The pictures, which made their way to the forum of WindowsPhoneCentral, showcase many of the new features Nokia Lumia owners can expect from the Amber update, which the company will make available to users around the same time as Microsoft’s GDR2 update for all Windows Phone 8 users. 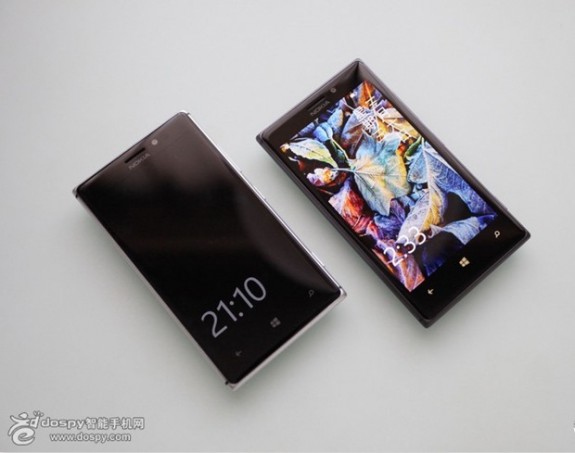 The Amber update for Lumia devices will enable a clock that’s displayed when the device is asleep.

The first notable change will be the return of a function users who’ve spent extended periods of time with Nokia devices from the past will recognize: the company’s on-screen time function. With it, users can immediately get the current time and date just by glancing at their device, even when it’s locked. As the Nokia Lumia 925 and Nokia Lumia 928 will be the first Lumia devices with an AMOLED screens, this will work to their advantage, as the screen technology will allow using the sleeping screen with little change in battery life.

It is unclear if Nokia will add the functionality to older Lumia devices like the Lumia 920, as enabling it on that device’s display would mean users would face a huge hit in battery life.

Lumia users will also be able to double tap the screens of their device in order to awaken it from sleep. 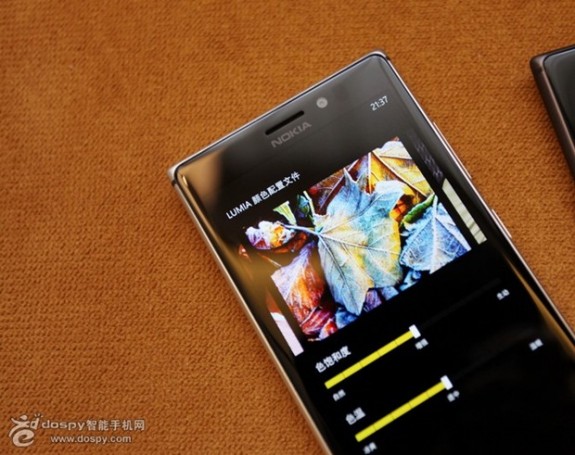 The new display options in the Amber update for Lumia owners.

Nokia Lumia users will also get the ability to directly manage the color settings of their display instead of having to make do with whatever settings Nokia ships the device with. This will be the first time any Windows Phone, regardless of manufacturer, has been able to have this kind of control over their display. Currently, users are limited to only being able to adjust the brightness of their device’s display.  New settings will include color saturation and color temperature.

It’s this update that will also bring Nokia SmartCam functionality to older Lumia devices, though what features will be enabled on what devices will depend on the camera hardware of each Lumia.

As the Nokia Amber update also includes the features that are a part of Microsoft’s Windows Phone 8 GDR2 update, the pictures also detail the features that Microsoft previously announced were coming. These features include widespread support for DataSense, the option that allows users to get a comprehensive breakdown of all their mobile data usage, and security enhancements for Internet Explorer on Windows Phone. It’s also this update that will finally enable the FM Radio that’s built into many Windows Phone 8 devices.

The Nokia Lumia 925 will be the first device to launch with the Lumia Amber update sometime this summer. Nokia will then roll out the update to its other Windows Phone 8 users over time.