First off, it still amazes me that Nokia teamed up with Microsoft to throw some Windows Phone love at Nokia’s beautiful handsets. This was almost more shocking to me than Palm teaming up with Microsoft back in 2006 when they loaded up the popular Treo line with Windows Mobile. Verizon hit a homerun with the Treo 700w!

Now Nokia is adding a 3rd party OS to their own phones. When I 1st heard this was going to happen, I couldn’t believe it. I actually commented on internal mailing lists stating that I doubted that it would ever make it to market. Well folks, I was wrong. It’s here. I have loved Nokia phones for many years now, but I just couldn’t use them because of what I considered an awful OS. When I got the Nokia 95 back in 2007 at the Sandisk launch of their 8GB MicroSD, I loved it. The hardware was awesome and that camera was to die for, but the OS was so old feeling when compared to the iPhone and Windows Mobile. 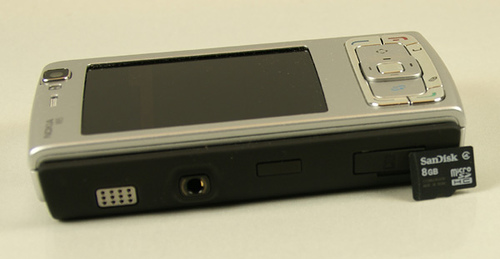 Well, Nokia released a video yesterday detailing the making of the Lumia 800. I guess it’s more complicated than taking the N9 and dropping Windows Phone 7.5 Mango into its sexy shell. I don’t care how it was made, I just know that I want one. What about you? Does this phone make you want to go out and grab one? I like that Microsoft has allowed fresh, hip colors to be used. Do you remember when Microsoft only allowed devices running Windows Mobile to have that same brush metal look? Now we have hot pinks, bright blues and even white phones. Madness!

If you are interested in the actual difference between the N9 and the Lumio 800, Cnet posted a good spec comparison not too long ago.