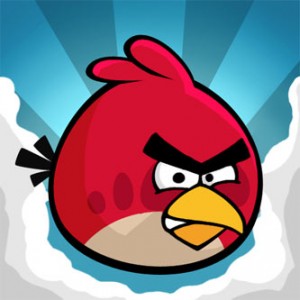 Nokia and Rovio, makers of the Angry Birds franchise, are hard at work to ready an NFC-compatible version of Angry Birds to create a social aspect of game play that mixes the social, real-life experience with the digital game playing experience. The game is being developed and will launch in the Nokia Ovi Store to support NFC-compatible Symbian devices, like the Nokia C7 and the T-Mobile USA Nokia Astound.

NFC, otherwise known as near field communications, is a technology that allows nearby devices with the chip embedded inside to communicate or interact with one another. While the technology has been associated in recent time with mobile wallets and digital payment mechanisms–rather than swiping a credit card, a user can wave their NFC-capable phones in front of an NFC reader or scanner to pay for physical goods or merchandise–there are other uses for the technology, and Nokia and Rovio hopes to demonstrate that use through social game play.

The social function, for now, seems to be a bit limited. The NFC version of Angry Birds, called Angry Birds Free with Magin, will come with additional levels, and users can unlock those special levels by finding another player with an NFC-capable phone. The two phones, when placed physically adjacent, can unlock those special levels. For users without friends with a Nokia or NFC-capable phone will have to find specially tagged objects in the real world and can wave their phones in front of their objects to unlock the special levels. Nokia did not specify what those objects are or where they’ll be placed or located.