Nokia was just awarded a patent for automatic uploads to social networks, making it easy for users to share their life events with others on various sites such as Facebook, Twitter, Google Plus, Microsoft Live, and others.

As it stands, for example, in order for a user to share a photo with others, they must first capture the image and then go to the image gallery or the social network application and share the image, which would take numerous screen taps and a lot of maneuvering through different screens to launch various apps to share a simple event. With Nokia’s patent, users would have to take less screen taps and the process would require far fewer steps. 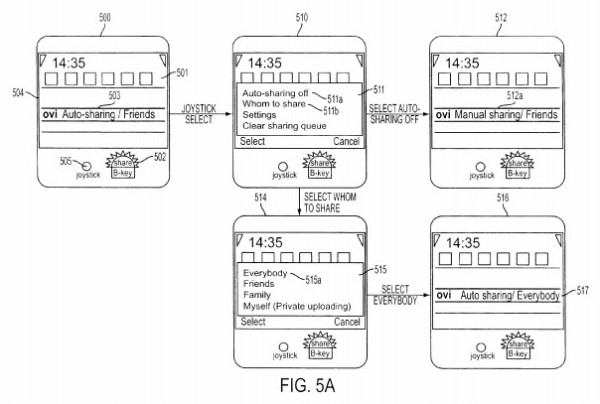 According to Unwired View, the social sharing feature would be automated and triggered by any number of events, including the capture of an image or video, changing tracks on the music player, accessing a particular website, viewing a specific calendar event or appointment, or a change in location. Capture an image and it will be automatically shared. Move to a different location and you’ll automatically be checked-in. And visit a cool website and your network can automatically get a cool link to see what you’re viewing. These are the potential future of social that Nokia’s envisioning.

In the example of capturing photos and sharing, the concept is not unlike what is seen on the auto-upload feature of Google Plus, where when enabled, photos taken with the smartphone camera would automatically get uploaded. Google’s system falls short of sharing the images with the broader social network and users would have to go back and manually share those images. 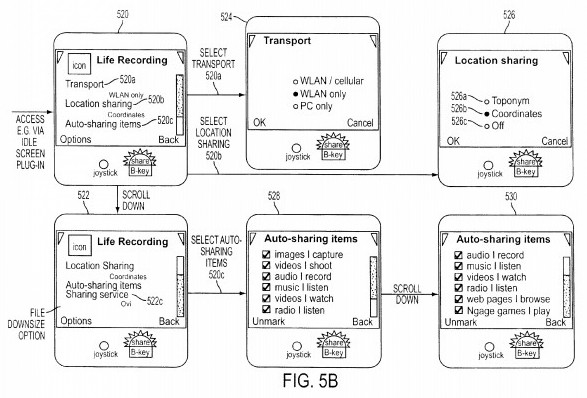 However, given the broad similarities between the functionality of Google Plus‘ instant uploads and Nokia’s automated sharing system that’s triggered by specific changes or user actions, it’s unclear if we’ll have yet another patent in the near future. With Microsoft already aggressively pursuing Android licensees to license specific technologies that Microsoft holds in its intellectual property portfolio, the new Nokia-Microsoft alliance could see automatic uploads as a key technology that Google infringes upon for its social network.

Hopefully, some of these features will be commercialized in the future. The patent was originally filed in 2008.