Just days ahead of an announcement on October 26 at Nokia World, Nokia has begun to air television teasers in the UK of one of a few speculated Windows Phone 7 Mango models. The company had made a shocking announcement earlier this year in February at Mobile World Congress that it would shift its strategy from Symbian to adopt Windows Phone 7 as the mobile operating system powering its smartphones. 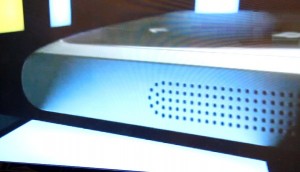 Since the announcement at Mobile World Congress, Nokia has stated that it would have a portfolio of Windows Phone 7 devices ready by the end of the year, and the Nokia Sea Ray code named Windows Phone was leaked. The UK teaser ads are believed to feature the Sea Ray model, which recently has been attached to the Nokia 800 and Lumia monikers.

The Nokia 800 would have the same design aesthetics as the MeeGo-powered Nokia N9 smartphone.