It looks like Nokia will be continuing its carrier exclusive strategy and broadening that approach to other markets. In the U.S., Nokia has historically partnered with U.S. carrier AT&T for its latest two flagship Windows Phone launches, the Lumia 900 and the Lumia 920, and that strategy may be coming to the U.K. as well. 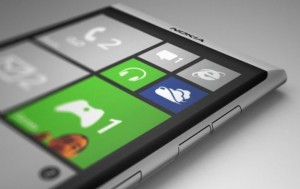 Mobile Today is reporting that Nokia CEO Stephen Elop will be looking for preferential U.K. operators to partner with for an undisclosed hero device.

Speaking to analysts after the results, Elop said it was looking to partner with an US operator for exclusivity on a forthcoming hero device. He did not mention other markets, but Mobile understands Nokia is looking for a preferential UK operator to also launch the device. EE originally had exclusivity on the Lumia 920 when it launched last year and it also signed a deal with O2 for the Lumia 720 in red.

The hero device being referenced here may be the Lumia 928, which is widely expected to launch in the U.S. with carrier partner Verizon Wireless this month.

An exclusive strategy would allow Nokia to focus its marketing efforts and share the cost of marketing its device with a single carrier, which is easier to do. Apple had pursued a similar strategy when it first launched the iPhone in 2007, but later found that by offering its device more broadly it stands to gain more users.

This same strategy may be bad news if true. Considering that the much anticipated and highly rumored 41-megapixel equipped Lumia ‘Catwalk‘ EOS model was rumored to be coming to several U.S. carriers, this may not happen if Nokia exploits its carrier exclusive relationships in this market. For consumers looking to buy a Nokia device, this would also mean that they’d have to switch carrier providers, which some may be reluctant to do.

There’s also chatter about a new Nokia Windows Phone 8 phablet, which would come with a 6-inch display to compete with Android flagships like the Samsung Galaxy Note series and the recently launched LG Optimus G Pro. There isn’t a lot of information at this time about the phablet, though the introduction is still a bit curious considering Nokia was extremely shy in larger format devices when it initially debuted the Lumia 800.