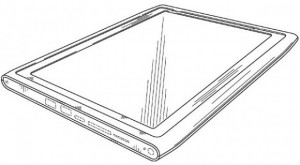 In the past, Nokia has said that it will only enter the tablet market if it could bring some innovation to that segment, and that message has been reiterated at least twice this week by CEO Stephen Elop in two separate technology gatherings in Southern California.

Prior to the Dow Jones-hosted All Things D conference in Palos Verdes, CA, Elop says that the company’s tablet entry would have to be ‘uniquely Nokia,’ saying that there are already 200 tablets on the market and the company doesn’t want to be just another number: 201. While Elop didn’t dismiss the possibility of a Windows-based tablet, Elop didn’t quite embrace the notion either, but that was prior to All Things D and Microsoft’s big Windows tablet announcement and subsequent unveiling in Taiwan at Computex.

“My challenge to the team is I don’t want ours to be the 201st tablet on the market that you can’t tell from all of the others. We have to take a uniquely Nokia perpesctive. So our engineers are working very hard on something that will be different relative to everything else that’s going on in the market….We could take advantage of Microsoft technology and software, and build a Windows-oriented tablet, or we could do things with some of the other software assets that we have.”

At the All Things D conference itself, when Walt Mossberg asked Elop if he was getting into the tablet game, Elop seems a bit more forward saying that he wants to watch the space and create and define the experience consumers are looking for.

I’m not going to announce one today, but I want to make a point. Whatever device it is, that connected digital experience will define what consumers are looking for. For a company like ours, it’s obviously very important to make sure we’re playing in that space.

Following All Things D, Elop traveled to San Diego, California to attend the Qualcomm-sponsored Uplinq conference–Nokia will be utilizing Qualcomm processors as part of its Windows Phone strategy as the chipset is a mandated requirement by Microsoft. There, Elop says that a Nokia offering would have to stand out of the crowd and provide revenues for the company.

At this point, major computer- and smartphone-makers have already announced their tablet plans and strategies. From Apple and Dell, HP and Toshiba, Motorola to Samsung, HTC to LG–these players are starting to emerge with their own devices and plans, though the iPad is the only one driving the majority of the tablet market share.

A Nokia-made Windows 8 tablet would be an interesting option as it would tie Nokia’s smartphone and tablet platforms together. However, at this point, from what I’ve seen reported about Windows 8 tablet, the simplicity and experience may not be up to Nokia’s standards. Windows Phone 7? That was smooth, novel, and revolutionary. Windows 8 tablets? For me, Microsoft is attempting to do too many things–trying to hang on to legacy tablet PC users while at the same time tackle the ARM-based tablet market dominated by less powerful consumer OSes. Whether it’s multi-demographic approach will work or if it needs to pick a side and stick with it will be the final verdict is anyone’s guess at this point. For now, at least MeeGo hopefuls still have some bit of hope that Nokia is considering that OS as well. The reason that Nokia had ditched MeeGo was reported to be because the company only had 3 smartphones ready and felt like it needed more hardware. Perhaps, that tipping point can be a tablet.

Sources: This is my next, All Things D, IntoMobile