As part of Nokia’s continuing strategy to push the cost of its handsets down, AT&T announced that the extremely popular Lumia 520 handset will make its way to the GoPhone prepaid service.

The device, which will début with the now sold-out Lumia 1020 on July 26th, will be the first time Nokia has offered a prepaid smartphone running Windows Phone on the United States’ second largest carrier. According to today’s press release, users will be able to buy the device for use with the company’s line of prepaid services for $99.99.

The Lumia 520 includes a 4” inch display with a screen resolution of 800 x 400 pixels. Users will be able to run the overwhelming majority of applications with this device as it uses a dual-core 1 GHz processor and 512 MB of RAM. 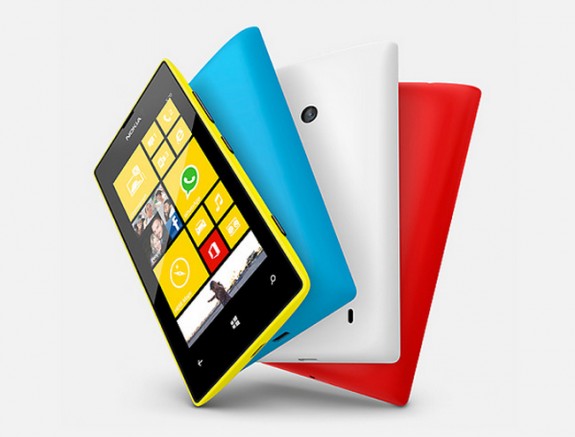 Unfortunately its low cost doesn’t come without sacrifices. The Lumia 520 does not have wireless charging and will not able to run some of the intensive Xbox on Windows Phone games that are starting to show up in the Windows Phone Store. That is thanks to it only having 512MB of RAM. All of the standard Nokia exclusive applications, including HERE Maps and HERE directions, will still work just fine.

Lumia 520 users will have a very hard time taking photos in the dark, as the Lumia 520 doesn’t come equipped with any sort of flash. Instead, users will have to hope that whatever natural light the 5 megapixel rear-facing camera can pick up will be enough for pictures taken in less than ideal lighting conditions.

Instead of AT&T’s faster LTE network, users of the Lumia 520 will have to get by on the average data speeds of AT&T’s 4G network.

Finally, the device will only ship with 8GB of on-board storage. Users will need to add a microSD card or use Microsoft’s SkyDrive cloud storage solution should they have more media than the phone can handle out-of-the-box.

Despite these negatives, it’s possible that the Lumia 520 will be popular with potential smartphone users looking to save money on devices. Data compiled by advertising firm AdDuplex earlier this month indicated that the Nokia Lumia 520 is the most popular Windows Phone in the world. That title had previously been held by AT&T’s Nokia flagship, the Lumia 920.

Read: Nokia Lumia 521 coming to T-Mobile this May

The Nokia Lumia 520 is already available to users in the United States on T-Mobile as the Nokia Lumia 521. Although nearly identical, the Lumia 521 doesn’t support T-Mobile’s 4G LTE network, so users on that network have to make sacrifices as well.