Today Microsoft announced that Nokia Drive+ Beta is now available in the Windows Phone Store and is free for any Windows Phone 8 user, regardless of their phone of choice. 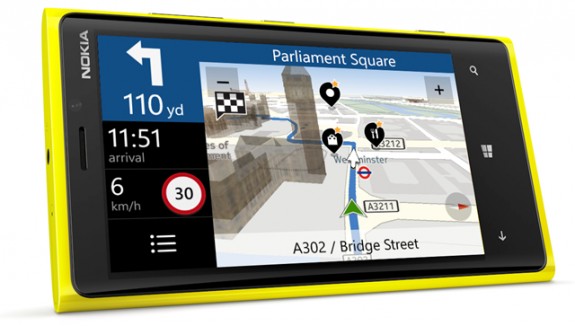 Like the original version of Nokia Drive, Drive+ offers the users the ability to pin a common destination to their Start screen. The feature is useful for getting directions to home or work with just a tap. It’s also useful for planning trips, with it users only have to look up their destination once, and pin it to the Start screen when they’re ready to leave.

Other features include day and night modes, a special dashboard mode which includes information like time to destination and speed, route settings to avoid certain types of roads and 2D and 3D landmarks to make traveling easier.

Strangely, the description for the new Nokia Drive+ Beta excludes some features of Nokia Drive 3 such as My Commute. The My Commute features in Nokia Drive 3 will tell users the fastest route to or from work based on traffic data, making sure that an accident on the road doesn’t make them late for work.

The description for Nokia Drive+ Beta doesn’t include any mention of traffic data. It’s possible that Nokia is saving that for the final release of the app, or it’s keeping those features exclusive to Lumia devices. It’s hard to say for now.

Nokia Drive+ is the first Nokia app to come to all Windows Phone devices. It’s unlikely that other Lumia apps will come to other Windows Phones, however. Part of Nokia’s deal with Microsoft replaced Bing Maps with Nokia Maps, and this looks like part of that deal.