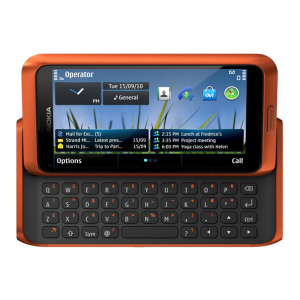 Given the rather abrupt announcement of the transfer of Symbian development duties from the Symbian Foundation to Nokia this morning, Finnish smartphone maker Nokia is reassuring everyone that it’s still committed to Symbian, and more particularly Symbian^3. Following the launch of the Nokia N8 smartphone, Nokia’s first Symbian^3 phone which has a slate-style form factor, the company has announced via Twitter that its more business-class Nokia E7 with a slide-tilt keyboard and screen will be shipping on December 10th. 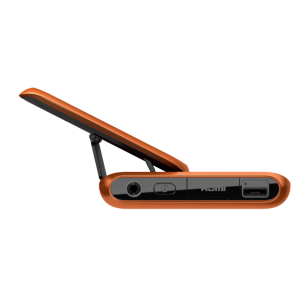 The E7 continues Nokia’s legacy with its Communicator series with a large keyboard, a form factor that Psion users should be comfortable with. The E7 could be seen as a refined extension of Nokia’s N97 and N97 Mini smartphones with its screen and keyboard design. The four-row keyboard offers a comfortable typing experience with individual keys and the device also comes with WiFi, a 4-inch nHD AMOLED capacitive touchscreen, an 8-megapixel camera with 720p HD video capture capabilities and dual LED flash, and all the modern sensors and radios on board including accelerometer, GPS, FM radio with RDS support, Bluetooth, digital compass, proxmity sensor, light sensor, and 5-band HDPA/HSUPA 3G radios. The last feature is important for U.S. owners who are thinking of switching between AT&T and T-Mobile USA as the E7, like the Nokia N8, will be compatible with both carrier’s 3G signals as well as be ready for world roaming. Nokia is one of the few, if not the only, smartphone makers to offer 5-band 3G.