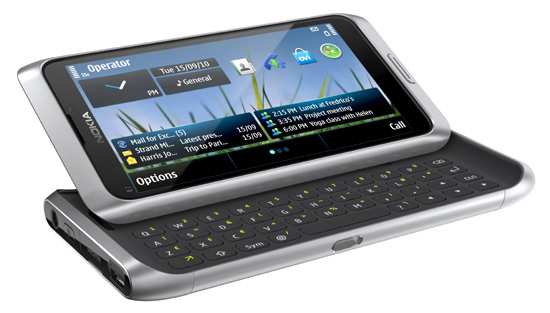 Unfortuantely, the Nokia E7 Symbian^3-powered smartphone with its landscape-oriented pop-out keyboard did not debut on December 10th as was promised, but that may be for the best. Nokia says that the phone will be delayed until Q1 2011 without giving specific cause. A spokeswoman for the company said: We just wanted to make sure it’s the best product possible in both hardware and software.

Delays for the E7 isn’t due to the hardware problems that have plagued some early models of the N8, which the company says initial batches suffered from power failures. Some analysts are speculating that Nokia may be refining the pop-out keyboard mechanism or optimizing the software for enterprise sales.

News of the delay sent the company’s stocks downwards by as much as 1.9 percent. Delay of the E7 would mean that Nokia wouldn’t be able to benefit from the holiday sales of the device.

A few markets, though unspecified, are still expected to receive the Nokia E7 smartphone, which is a descendent of the company’s Communicator lineage, this year.