At Nokia World in London, Nokia is introducing the Nokia Lumia 800 Windows Phone. The Windows Phone 7 Mango device will be the first Windows Phone device for Nokia, a smartphone-maker that has historically built on the Symbian OS. The Lumia 800 borrows its design from the Nokia N9, which runs the MeeGo OS. 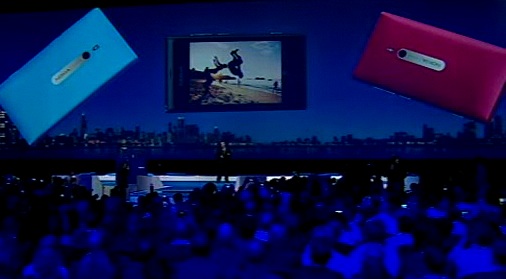 The Lumia 800 is made from a unibody plastic shell. Nokia says the phone’s ambition is to surprise you at every turn. The design is described by Nokia as human and elegant.

Nokia highlights that the smartphone defies convention and the design allows for outstanding reception.

The phone has a Carl Zeiss lens for the camera’s optics. A curved Clear Black Display AMOLED screen highlights the front touchscreen.