After a user had reached out on Twitter asking about the Windows Phone 7.8 software update for Windows Phone 7.5 devices, Nokia’s Italian arm had publicly responded saying that the update is coming ‘in a few days,’ promising that more details will follow.

In the recent past, there have been talk that Nokia has been ready with its Windows Phone 7.8 update and the manufacturer is waiting for Microsoft to give the green light to begin rolling out the updates to current handsets.

In addition to Nokia Italy, Nokia Spain also confirmed via Facebook that the 7.8 updates will be rolling out this month, according to a report on WMPU. Nokia Spain says that the rollout timeline will depend on carriers as carriers will have to certify the OS update before it can be deployed to consumers. 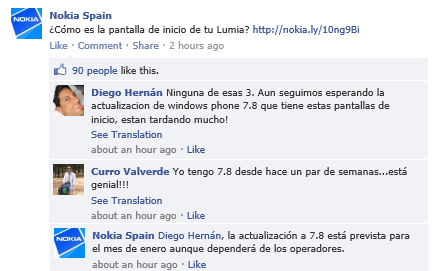