Chinese carrier China Mobile is now showing a listing for an unannounced Nokia smartphone called the Lumia 1000. At this time, it’s unclear what the Lumia 1000 would be, but specs for the device would be more robust than the current Lumia 920 flagship that’s being sold on U.S. carrier AT&T currently. Nokia had announced its new marketing scheme in the past declaring that the higher the model number, the more high-end the specs. This would also be the first Lumia smartphone to break the three-digit numbering scheme employed so far on Lumia smartphones.

Mobile Geeks spotted the China Mobile listing, which is shown below. 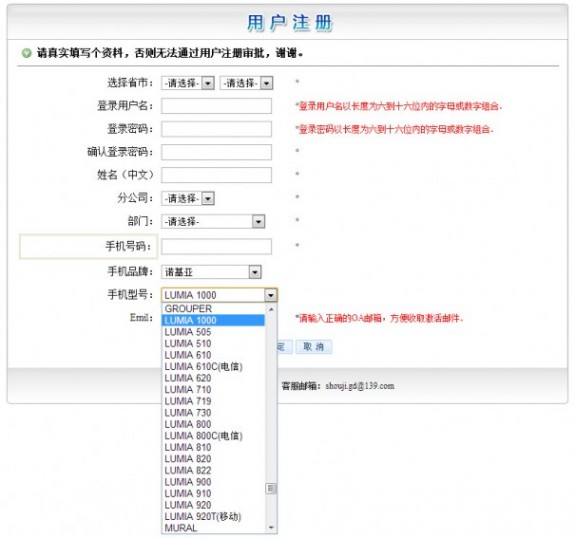 While it’s unclear at the time what the specs for the Lumia 1000 may be, there are speculations that the model may be the Chinese-equivalent of the U.S.-bound Nokia EOS smartphone. The EOS would be a Windows Phone 8 device that would carry the 41-megapixel sensor from the acclaimed Nokia 808 PureView smartphone. While details about the EOS are still uncertain at this point, there have been rumors that the phone may abandon the polycarbonate shell from existing Lumia smartphones in favor of an aluminum body, similar to the old Nokia N8, to keep the phone slim and the weight down. Likely, as the camera sensor is large, there may be a hump or protrusion on the rear of the Lumia EOS to accommodate the stellar camera.

It’s been rumored that the U.S.-bound Nokia EOS would arrive in the States by this summer. China Mobile’s release date of the Lumia 1000 right now is still unclear.

Nokia is slated to hold a press conference at the end of the month at Mobile World Congress so the Lumia 1000 and/or the Nokia EOS could potentially be announced at that venue.

The Lumia EOS and the Lumia 1000 may be the most high-end smartphones in Nokia’s lineup when announced. With the 41-megapixel camera sensor, Nokia will be able to further differentiate its smartphones from other Windows Phone 8 competitors as well as models in other ecosystems. Rival HTC is focusing on its own camera technology called Ultrapixels.