It seems Nokia had a very good reason for allowing Verizon to launch its version of the Lumia 2520 tablet without its keyboard accessory being available. Starting today, users who purchase the tablet on Verizon or AT&T will get a free Power Keyboard.

According to Nokia’s own website, users who purchase the tablet between today and January 31st need only submit their purchase information to Nokia to receive the free accessory. The Power Keyboard Case would normally cost users an additional $149.99 on top of the price of the tablet itself.

Essentially, the accessory turns the Windows RT-powered Lumia 2520 into a laptop complete with physical keys, a touch pad and an extended battery. Paired with the free copy of Microsoft Office, every Lumia 2520 has the potential to become a very decent 2-in-1 Windows device. 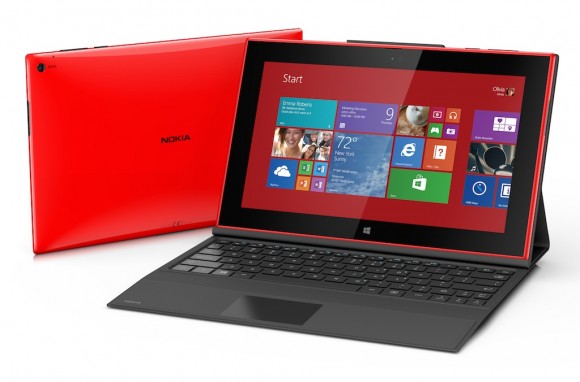 Unfortunately, it doesn’t look like users will have the option to choose the color power keyboard they receive. Users will also have to wait a bit to receive the accessory. Nokia’s offer page says that users should be prepared for the keyboard to take up to  six weeks to arrive.

The Lumia 2520 itself only arrived at Verizon yesterday. It features a Snapdragon 800 processor, 2GB of RAM, a 2 megapixel front-facing camera and a rear-facing 6.7 megapixel camera. Verizon users can pick up the device in red or black for $399 with a two-year service agreement. Otherwise, it’ll cost them $499.

The AT&T version of the Lumia 2520 is identical to the version that Verizon offers its users except in to key areas. Unlike the Verizon variant, the AT&T Lumia 2520 only comes in black. Users who purchase it for $399 with a two-year service agreement also receive a free Nokia Lumia Windows Phone. Both versions include LTE functionality. This allows them to use each carrier’s data network and maintain an internet connection when they aren’t on Wi-Fi.

Even if this free Power Keyboard case deal doesn’t help convert iPad owners to the Lumia 2520, it’ll certainly convince many users to think twice before purchasing Microsoft’s own Surface 2. That device may cost users $50 less, however that price doesn’t include a Touch Cover or Power Cover accessory. Users can’t add LTE compatibility to it either.