Nokia’s budget Lumia device, the Nokia Lumia 610, will be hitting shelves in the United Kingdom at some point in the near future.

Vodafone UK, a carrier based in the United Kingdom, has the device listed as coming soon although it has not revealed a specific date for the Windows Phone device’s release. The timing comes from a Mobile Solutions Device Lists for May 2012, courtesy of WPCentral. So, this means we should see an announcement for a specific release date at some point soon.

Nokia has said that the Lumia 610 will be hitting shelves in the UK in the first week of June so it should be assumed that Vodafone will get the device then. 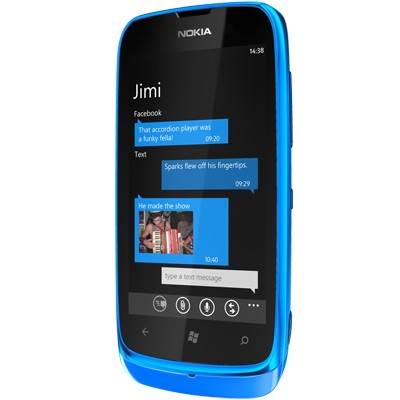 As of right now, it’s unclear if the United States will get either version of the device.

It will be the budget phone in a lineup that consists of the Nokia Lumia 710, Lumia 800 and the high-end Nokia Lumia 900. It features some paltry specifications but those should be buoyed up by the device’s price which is almost assuredly going to be dirt cheap on every carrier it shows up on.

The device features a 800MHz processor, 256MB of RAM, and a 3.7-inch display. It should also be coming in another variant at some point down the road in the UK. That variant will have Near-Field Communication support for use with mobile payment services.

It’s unclear when that NFC-enabled Lumia 610 will launch.

The Nokia Lumia 610 has recently found itself embroiled in controversy as Nokia removed the Skype application for the device because of performance issues due to the device’s low memory count.