So you may have heard. The Nokia Lumia 900, the first 4G LTE Windows Phone for the United States, has likely been pushed back to an April launch date. Specifically, April 22nd, the end of April. Now, this wouldn’t be that big of a deal had AT&T – the carrier getting it, Nokia – the company who made it, and Microsoft – the company who supplied the software, hadn’t announced this phone.

Unfortunately though, they did. In fact, they announced the phone at the beginning of January at CES 2012. 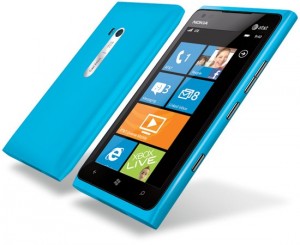 It appears that it’s going to take well over four months for the companies behind this device, that we awarded with our Best in Show award for CES, to get it out onto shelves for consumers to pick up.

And it harks back to what I wrote about Samsung and the Galaxy S III launch, about them mirroring what Apple has done with their launches.

You see, Samsung passed on announcing the Galaxy S III at the Mobile World Congress last month and for good reason. It’s probably not going to be coming out for a couple of months.

Instead, it will be announcing it at a separate event at some point in the first half of this year and will likely launch it shortly thereafter.

It’s a very Apple style approach and one that I believe should be mirrored by some of these companies. Yeah, I know, if they did it for every device it would be the death of the trade-show, but I am talking about flagship devices.

Earlier this week, Apple announced a new iPad. It also announced a release date for the device, March 16th.

It was announced on January 9th.

You get the picture.

Moral of the story is this.

Apple doesn’t announce devices until they are ready to be released, meaning, it can announce them and give them a concrete launch date. This builds up a ton of buzz and demand.

Announcing a fantastic device that isn’t ready, four months before it’s release date does the exact opposite. The buzz wanes as more rumors pop up. The demand becomes diminished as more devices get released.

Microsoft’s Windows Phone can’t afford that right now, not as it is emerging as the third operating system behind Android and iOS. Not when this is supposed to be the operating system’s flagship phone.

But I guarantee that AT&T, Nokia and Microsoft would have sold more units had they announced the device much closer to the actual launch date — and offered pre-orders right after the announcement.

It’s mishaps like this that make Apple look genius.

At least Samsung is taking notes and they’ll be better off for it.