At CES, we caught up to the Nokia folks at breakfast, who confirmed that the Nokia Lumia 900 will debut on AT&T’s network with tethering, or Internet sharing, straight out of the box. The feature was notably absent on Nokia’s Lumia 800, but thanks to the additional time between the launch of the 800 and 900, it seems that the later launch had afforded Nokia’s staff to enable tethering on the LTE capable handset.

This will definitely enhance the value of the Lumia 900 and the LTE 4G network support as the fast mobile broadband speeds will be beneficial to those who may need to share their connection with laptops, tablets, or other devices.

Unfortunately, despite the fact that AT&T’s 4G LTE network is live in Las Vegas, NV at the Consumer Electronics Show, beta software builds prevented Nokia from demoing how the phone would perform on LTE. 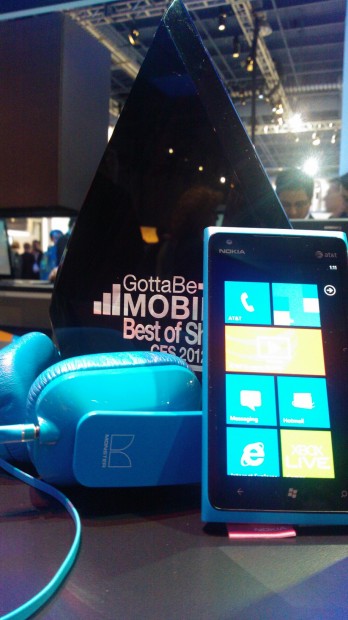