The latest rumor out of Rumorville pertains to the oft-rumored, still mysterious Nokia Lumia 900, a device that has been pegged for a possible launch at CES. According to WMPowerUser, it would appear that Nokia will be launching the 4G LTE-enabled device on AT&T but not Verizon. This is something that we have heard in the past and this latest whisper fuels the previous ones.

In addition, it appears that Nokia may be announcing the device next month at CES in Las Vegas with a release slated for March on AT&T.

If this rumor holds up, it would appear that Verizon won’t be the only carrier that doesn’t offer the Lumia 900. The device is rumored not to be heading to any CDMA carriers at all.

That would leave Sprint users, amongst others, out in the cold.

It would also mean that Nokia and Microsoft would be passing up Verizon’s extensive 4G LTE network for AT&T’s relatively new one. 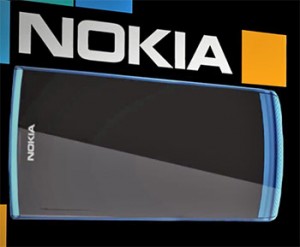 While nothing is confirmed, the Nokia 900 is said to sport a ClearBlack 4.3-inch AMOLED display, a 1.4GHz processor of unknown origins, an 8MP rear camera with single LED flash, a front-facing camera, 16GB of 32GB of storage, and either a glossy or matte finish.

Instead, it appears that the Lumia 900 will be joined on Ma Bell’s network by the Lumia 800 while T-Mobile and the Lumia 710 will take the honor of being the first Nokia-made Windows Phone to launch in the United States.

Luckily, CES is only a few weeks away so this mess should be sorted out soon.