For everyone else, including those wishing to pick up the Lumia 900 in stores, the Nokia-made Windows Phone handset will be available the following day on April 9. 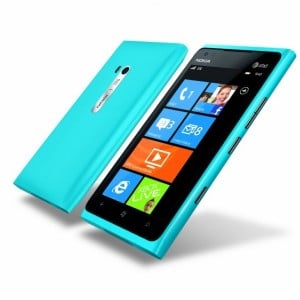 The device was originally speculated to launch on March 18. After that, it was speculated that the device’s launch was postponed to April 22. News of the April 8 launch date suggests that the Lumia 900 did not face as long of a delay as had been anticipated.

The Lumia 900 represents Nokia’s third Windows Phone launch. The company had debuted the Lumia 710–which we are doing a giveaway for, so be sure to check out the contest–on T-Mobile USA’s network earlier this year. Nokia also launched the Lumia 800 in limited retail channels in the U.S. as well.

The Lumia 900 was designed specifically for the U.S. market, according to Nokia, with 4G LTE connectivity, a large 4.3-inch display, and enhanced wide-angle camera lenses on the front- and rear-camera modules. The device also boasts a Nokia ClearBlack Display screen and unlike the Lumia 800 from which it borrows its design, the Lumia 900 does not use a PenTile technology for the screen. The phone will launch with Internet sharing, or tethering, capabilities out of the box.