Some good news and bad news here. The good news is that the Nokia Lumia 900 will indeed be headed to places not called the United States. UK retailer Carphone Warehouse has made its plans to sell the phone very clear as it is now offering up pre-registers for those interested in picking up Nokia’s flagship Windows Phone. Ready for the bad news? It likely won’t be coming until this summer.

June to be exact.

Yeah, if you’ve been coveting this phone, it looks like you’re going to have to wait half a year before you’re able to get your hands on it.

Carphone Warhouse makes it clear that the plans are subject to change which means that there is a possibility that those in the UK could be waiting for longer (or shorter) so keep that in mind so you’re not disappointed if something does happen. 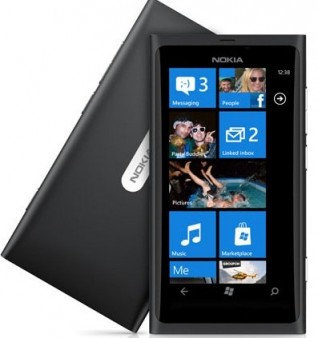 The Lumia 900 should be similar to the one that is slated to hit AT&T at some point in March. However, it appears that it won’t have the same 4G LTE support that Ma Bell’s device has with Nokia opting to sell a 3G model in Europe instead.

There are also whispers about the Lumia 900 possibly headed to other American carriers once AT&T’s exclusivity runs out.

Nokia hasn’t confirmed anything yet but we should know more next month when the Mobile World Congress kicks off in Barcelona.

The Nokia 900 is the company’s latest flagship smartphone and it’s a phone that we deemed Best in Show at CES 2012.

It features a 4.3″ AMOLED ClearBlack display, a single core 1GHz processor, a large 1830 mAh battery, and an 8-megapixel camera with a wide aperture sensor and Carl Zeiss optics.

It also has a 1.3-inch front-facing camera for video chat.