The long rumored high-end Nokia Lumia smartphone for Verizon is beginning to take shape as a new rumor suggests that the device, codenamed Nokia ‘Laser’, will very likely be Verizon’s version of the Nokia Lumia 920, currently available on AT&T.

According to The Verge, Nokia is working on a flagship smartphone for Verizon for a release late this year. The device is currently codenamed ‘Laser’ and it will be similar to the Nokia Lumia 920 that is currently available on AT&T’s 4G LTE network. Apparently, it’s a variant of the Lumia 920 so that could mean that it features some differences though those differences are unclear. 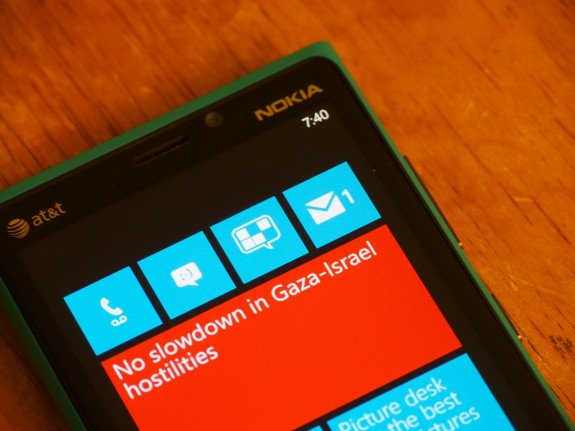 Verizon is rumored to be getting its own Lumia 920 variant at some point.

It appears that Verizon will be touting this device as a flagship, much like it does with the iPhone, Droid RAZR HD and more. Right now, Verizon boasts a number of Windows Phone 8 powered handsets, including the Windows Phone 8X and Lumia 822 but none of them is marketed as a flagship. This new Lumia 920 ‘Laser’ will evidently be different.

A high-end Lumia smartphone for Verizon has been rumored for quite some time now and it’s a device that will likely be enticing to many customers. One, because of Windows Phone 8 itself. Two, because of the size of Verizon’s 4G LTE network, one which dwarfs AT&T’s, and three, because the Lumia features high-end specifications including a PureView camera that takes fantastic low light photos.

It’s  also unclear if Verizon intends to price the Lumia ‘Laser’ at same, very affordable $99 on-contract price point that AT&T offers on its version of the Lumia 920. Those details and more should be on their way in the days ahead it seems.