In advance of AT&T’s announcement of the carrier’s Windows Phone 8 phone pricing, it looks like Nokia has already confirmed what the contract pricing for its Lumia 920 smartphone will be. According to Nokia’s mobile site, an image of a Lumia 920 was shown with a Live Tile that shows the device will be priced at $149.99 with a two-year contract on AT&T‘s 4G LTE network–Microsoft and AT&T had confirmed that the flagship Lumia 920 would be exclusive to AT&T’s network in the U.S.

Additionally, according to WP Central, the Lumia 920’s contract price would include a wireless charging pad, which would allow users to plug in the charging pad to an outlet and users could just set their Lumia 920 smartphone on top of the charging pad without having to fumble around for a charging cable.

The $149.99 price tag was leaked before through Best Buy’s and eBay’s preasales of the smartphone. Both times, the non-contract price was listed as $600 though neither Nokia nor AT&T has confirmed this price point nor an official release date, though recent leaks suggest the phone may debut on November 11. 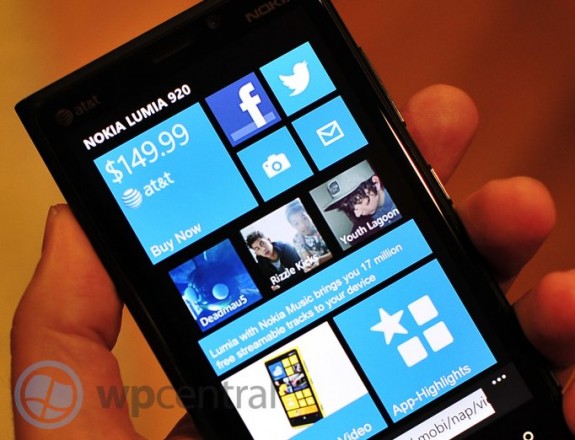 The Lumia 920 will be competing for attention with the Windows Phone 8X by HTC. We had reviewed that device and you can see how Microsoft’s latest mobile OS stacks up on HTC’s best hardware.

The Lumia 920 is expected to have a better PureView camera, double the storage of the HTC’s model highest capacity with 32 GB of non-expandable storage, a display that can be operated with gloves on, and wireless charging capabilities. With unibody constructions, neither the HTC 8X nor the Lumia 920 will offer users an easy way to replace the battery and users will not have access to a memory card slot. That said, the HTC 8X is non-exclusive to AT&T and will be found on AT&T, T-Mobile, and Verizon in the U.S.

The Lumia 920 will succeed the Lumia 900, which was announced earlier this year at the beginning of January at the Consumer Electronics Show. With Windows Phone 8, the Lumia 920 will offer competitive specs, including 4G LTE network support, high resolution HD displays, as well as multi-core processors.