In less than an hour se should see the new Nokia Lumia 920 and Lumia 820 smartphones unveiled at the Nokia + Microsoft event in New York.

The new phones are set to be the face of Windows Phone 8, and hope to attract consumers with flashy colors, large displays, plenty of storage and wireless charging.

The leaked features and designs look tempting, but we’ll have to wait and see how fast Nokia and Microsoft can bring these phone sot market. 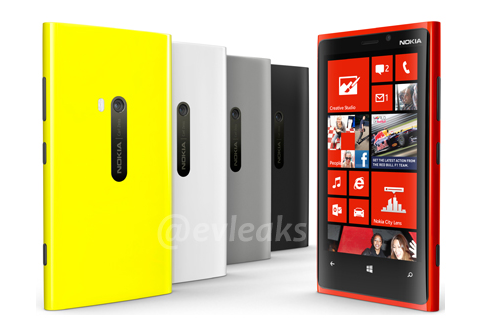 According to well placed leaks the Nokia Lumia 920 will be the flagship Windows Phone 8 device and feature a large 4.5-inch display. The Verge reports that the new Lumia will boast a 1.5GHz dual-core processor, 1GB of RAM and a whopping 32GB of storage on the entry level model.

Mobile phone shutterbugs will be happy to hear the Lumia 920 should include PureView technology. We don’t expect a bulging 41MP sensor like the PureView 808, but PureView sampling for better quality photos with a reasonable sized sensor.

The latest rumors is that Nokia will deliver wireless charging as a feature as well. The leaks don’t confirm that this will be built-in, but given the look of the phone we assume users won’t have access to the battery like on the Lumia 900, so we’re hoping for a built-in solution. This is something Palm and HP tried with limited success, but it’s nice to see talk of wireless charging built-in to new smartphones. 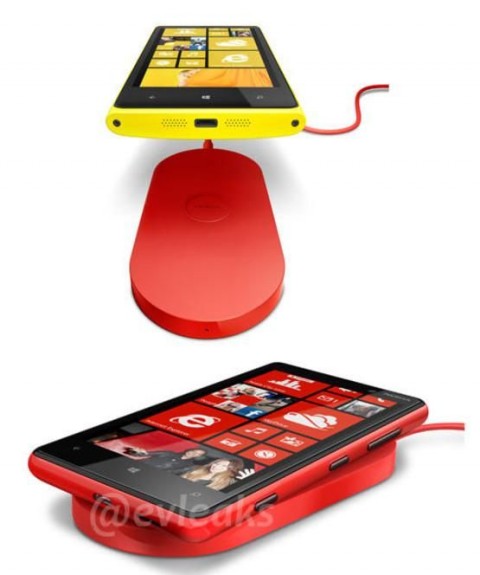 The Lumia 920 should arrive on AT&T first in the U.S. The Lumia 920 release date will likely arrive in October, after the Windows 8 and Windows Phone 8 launch on October 26th.

T-Mobile and Verizon users may be in for a longer wait and will likely need to settle for the Lumia 820. It’s not clear how this one carrier plan will turn out for Nokia and Microsoft. While Samsung and Apple launch flagship phones across all major carriers placing all the weight on AT&T doesn’t look like the best move for the companies or consumers.