In a new video added to the homepage for the Lumia 928, Nokia attempts highlight how it’s new flagship’s low-light capabilities stack up against those of Apple’s iPhone 5 and the Samsung Galaxy S3.

The video itself takes place on The Hurricane, a roller coaster in New York. Throughout the video someone actually holds each one of the devices to record scenery while riding the roller coaster at night. Nokia then compares the video footage and explains why it feels its Lumia 928 is better.

When compared with shots taken from the Lumia 928 and the iPhone 5, Nokia notes that their device offers “Greater color saturation, and sharper image focus”.

The video then moves on to compare video footage captured with Samsung’s Galaxy S3. According to Nokia the Lumia 928 offered “less video noise and sharper image focus”. 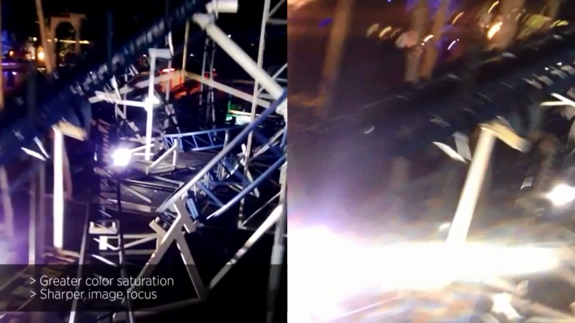 It should be noted that the comparison does an excellent job of putting the Nokia Lumia 928 in a situation in which its camera optics should shine. The Lumia 928 and its predecessor the Lumia 920, are the only flagship devices available in the United States that offer optical image stabilization. Instead of having a fixed lens like the iPhone 5 and Galaxy S4, the device’s camera lens is actually suspended inside the device, allowing for a more crisp shot –even in situations where that might not be possible on other devices.

A short information panel at the beginning of the video also confirms that the Lumia 928 will have an 8.7 megapixel PureView enabled camera. 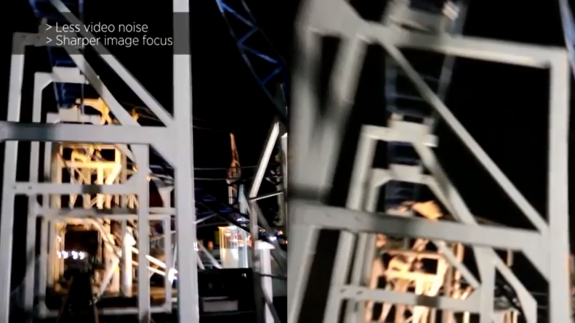 This new video comes just a day after Nokia U.S. began teasing the arrival of a new Lumia flagship with low-lighting capabilities on its website. The Nokia Lumia 928 is believed to have a dual-core 1.5 GHz Qualcomm Snapdragon processor, 2GB of Ram and a 4.5 inch display with a resolution of 1280 x 768 pixels. Recent reports from Nokia-Lumia-928.com have also indicated that the Lumia 928 will feature a brighter Xenon flash, and ship in at least three different colors. Bloomberg has pegged the device for a release on Verizon.

While Nokia’s teaser site does show off a Lumia 928 in both black and white, it doesn’t show case a red device. Nokia has also been very careful about not showing the back of the device in any of their teasers, which would house the device’s rumored Xenon flash.