Leaked video of the Nokia Lumia EOS, the company’s follow up to the camera-centric  Nokia 808 PureView, indicate that the device could have optical image focusing.

In the video titled “Sneak Peek: Nokia Lumia EOS PureView”, which leaked to the web this week on the YouTube social network, the camera lens of what’s asserted to be the Lumia EOS can be seen moving in a motion that’s identical to the way point and shoot cameras with optical image zoom behave. 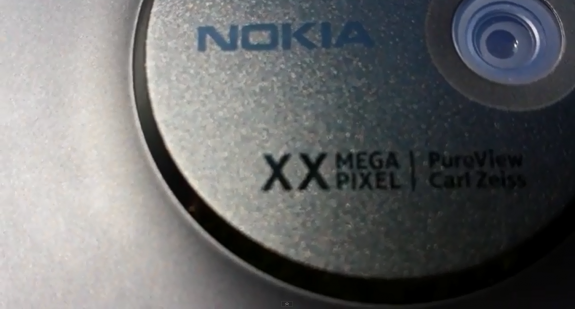 The video also seems to indicate that the lens has a built-in cover for when the device’s camera functionality isn’t in use.

If the optical focusing is present in the Nokia Lumia EOS it would be a huge win for the company in more ways than one. While today’s top performing smartphones do have digital cameras that boast high pixel ranges like the Samsung’s Galaxy S4, and Apple’s iPhone 5, these devices rely on digital zooming which can ruin photos no matter what quality camera sensor is being used.

These devices also rely on a camera sensors whose quality seems likely to be completely outclassed by that of the sensor inside the Lumia EOS, that sensor is rumored to have a range of up to 41 megapixels. Nokia might be able to immediately lay claim to the title as “World’s Best Camera Phone”.

Today’s video comes after a week full of leaks of the Lumia EOS. Just days ago, rumors suggested that the Nokia Lumia EOS was already in the early stages of being tested for use on AT&T’s network. It’s believed that the device will be debuting on that network exclusively.

Nokia recently launched new flagships on both Verizon and T-Mobile but has yet to detail any plans for successor to the Lumia 920 for AT&T users.

Components of the Lumia EOS’ polycarbonate body also leaked this week, though not fully assembled the pictures offered views of the device from nearly every angle. All signs point to a device that’s completely similar to the design language used for the Lumia 920 except for a slightly larger screen, and pretty large hump on the rear that’s used for the device’s camera sensor, and Xenon Flash.

Nokia is expected to formally announce the Lumia EOS this July.